Send your tweets into space
Tech

Send your tweets into space

Lone Signal wants to send your messages to a star, 17 light years away, in the hopes of communicating with intelligent life on other planets. 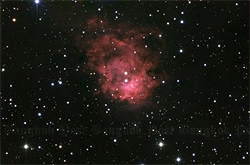 In space, no one can hear you scream but, thanks to Lone Signal, they can read your tweets.

The brainchild of fashion photographer Greg Kadel, Lone Signal has an eclectic mix of people on its board, including CEO Jamie King, who, as co-founder of RockStar games, is already a household name with many in the tech community, having been responsible for the hugely successful Grand Theft Auto series of console games.

The company will use the Jamesburg Earth Station satellite site to beam people’s intergalactic tweets and texts of goodwill to a galaxy far, far away, not simply in the hopes of making some form of contact, but as a way to get the population of our own planet to think about the universe and in doing so consider their place within it and everything that they wish for and want to achieve.

The star in question, Gliese 526, is a potentially habitable solar system and, at a mere 17 million light years away, is relatively close to planet Earth.

As of Tuesday, anyone can visit the site, sign up and send a single 140-character message free of charge. However, for the princely sum of 99 cents, users can send a further four messages.

Once signed up, visitors can also read other sent messages and track the progress of their own messages as they move through the galaxy and beyond. What’s more, a message can be sent in any language and visitors can buy or dedicate messages for others.