Five of the best
Tech

Five of the best

As long as people continue to depend heavily on smartphones, the flow of creative mobile applications will probably never cease. Dtac Accelerate is a contest to find the most innovative app start-ups and the 150 teams that originally entered the tournament have now been pared down to a mere five. 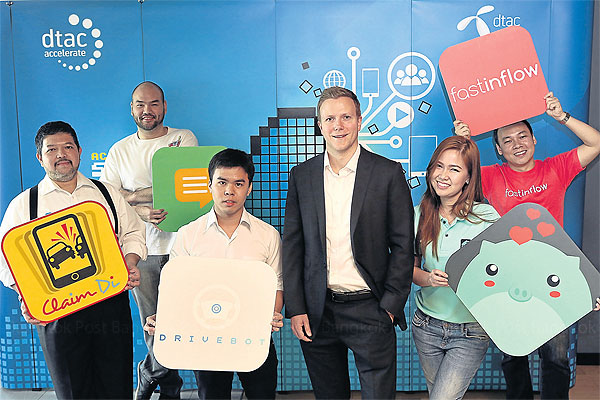 Representatives of the five teams that have made it to the finals of this year’s dtac Accelerate tournament.

These five finalists each received an initial investment of between 500,000 baht and 1 million baht and each team has had the opportunity to pitch their products to leading venture capitalists from Asia and other parts of the world. The overall winner will get to participate in a two-week programme in California’s Silicon Valley called Blackbox Connect and also get to pitch their product to venture capitalists in Singapore and Japan.

“The five teams can all get access to dtac’s customers and to over 150 million customers worldwide of the Telenor Group, in addition to potential commercialisation,” said Andrew Kvalseth, dtac’s senior vice-president for corporate strategy and business innovation.

What follows is a brief summary of the five projects which have made it to the finals.

Drivebot is a mobile app that will help reduce your worries on the road. By plugging a smart connector, a thumbdrive-like device, into the OBD II port which is located under the steering wheel, data about your car can be transferred to your phone via Drivebot. The application seamlessly integrates with your car, giving a most accurate feedback on your driving performance.

“The function is similar to a car-repair centre when a technician plugs equipment into your car. Inside the car’s engine is a computer system, and its data can be viewed on your phone,” explained Atthaphong Limsupanark, founder and CEO of Drivebot.

The development of Drivebot was inspired by personal experiences, he said. After graduating, Atthaphong’s dream of owning his own car came true, but one morning, after driving it for almost a year, the car refused to start. Having no one handy to consult for advice, he asked his neighbour for help, even though they’d never spoken to each other before.

“If your car hadn’t died on you, you’d probably never have talked to me.” That was the initial response Atthaphong got from the guy next door, and although he realised the man was joking, the experience of feeling absolutely helpless when confronted by mechanical failure was what motivated him to create something to assist motorists who are totally clueless about how their vehicles actually work.

To develop their mobile app, Atthaphong and three friends of his from the Faculty of Engineering at Chulalongkorn University set up a company, giving it the same name they had chosen for their product: Drivebot.

With Drivebot, a car-owner is instantly alerted to potential engine problems. The application will tell you what’s happening under the bonnet and offer several possible solutions. It will also remind you when it’s time for your car to be serviced and for other regular maintenance jobs like having the engine oil replaced.

Compatible with any car manufactured since 1996, Drivebot can analyse and give driving feedback, leading to savings on the cost of fuel and vehicle maintenance and improvements in general safety. The software “learns” from routes you drive on a regular basis and Drivebot is then able to give you valuable feedback. The app automatically remembers whether you have parked the car at your own address or elsewhere, even whether the spot you left it is outdoors or indoors. In addition, it automatically recommends the nearest petrol station when it detects that your fuel is running low and can give suggestions on possible repair shops if the engine is malfunctioning.

The app will be finalised and made available to motorists by the end of this month.

Storylog is a social entertainment platform that allows users to share anecdotes about their life whenever the mood takes them, whether they’re feeling happy, sad, lonely, impressed, touched or inspired by something that has happened to them. 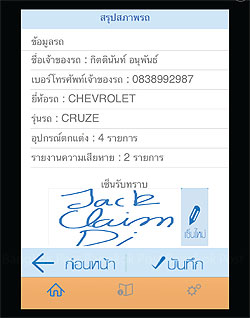 Sample of a Claim Di form users need to fill in.

“Compared to Facebook or other social networks, this is more specific as it serves as a space for life stories,” explained Pramewith Sreechatthiwong, head of the team which developed Storylog.

The app has “follow”, topic guide and hashtag guide features and is designed to allow one to share one’s experiences with others much more easily.

“To improve the focus on community, we are contacting experts in specific sectors such as comedians, people who inspire others, etc, and asked them to offer feedback on different angles,” Pramewith said.

The winners of last year’s Accelerator were the developers of an app called Fastinflow — and they got to travel to Silicon Valley and take part in the Blackbox Connect programme as part of their prize. This year, the same team is back and has once again made it to the finals, this time with an app called Tikko.

Fastinflow is a primary quantitative research platform that allows one to run a short marketing survey and get results from several thousand users within the space of a single day. Users who participate in the survey earn points and get rewards. More than 50 brands have already signed up to try out Fastinflow, according to the developing firm’s co-founder and CEO, Chalermyuth Boonma, who explained that while Fastinflow is for market researchers, Tikko is intended for use by consumers.

Tikko allows users to answer quick questions, earn points and get rewards. It also has a weekly giveaway campaign for users to participate in and vie for the chance to win special rewards (Starbucks gift cards, iTune credits, Major movie tickets, etc).

The app charges fees according to the number of questions and the number of respondents. Initially the app offered only true-or-false questions, but now the team has redesigned the feature to include five possible responses per question. The app is now available on iOS and Android.

For those who have several credit cards and the terrible of habit of spending without much advance planning, Piggipo (the logo for which is an image of a little green pig) may help you manage your finances better.

Piggipo allows you to track your credit-card spending and monitors payment due dates in order to prevent overusing your plastic. You can enter information easily, simply by taking a photo of the sales slip/receipt you receive after making a transaction. The app can analyse one’s monthly payments and help one plan ahead. In cases where one has to pay monthly instalments to several different credit-card companies, the app can help prioritise payments in order to make the maximum savings.

“We have more than 35,000 users on App Store and, on Monday, Piggipo will be introduced on Android,” said Supichaya Surapunthu, CEO of Neversitup, the team which developed Piggipo.

Following its popular insurance mobile apps Anywhere to Claim and iLertU, Anywhere to Go Ltd has come up with a new mobile app for consumers called Claim Di, which helps shorten the auto-insurance claim process (both fault and no-fault claims) and accident reporting.

Anywhere to Go has developed an IT system for 11 insurance companies with a total of 3.2 million car-insurance contracts. With Anywhere to Claim and iLertU, the time between phoning the insurance firm and the arrival on site of the surveyor has been substantially reduced. But with Claim Di, if you’re unfortunate enough to be involved in a car accident, you no longer need to wait for a surveyor to arrive at the scene; now you can do everything by yourself, said Kittinan Anuphan, CEO of Anywhere to Go.

Claim Di is the outcome of joint research carried out by Anywhere to Go and Chulalongkorn University.

“To buy a new car-insurance policy, drivers no longer need to wait for one or two weeks for the car to be inspected. Once you download the app, you can buy insurance by yourself. Just take photos of the car at six different spots, following guidelines on the process given by the app, then submit these to the insurance company that you have chosen for the inspection to begin,” Kittinan explained, going on to claim that his firm has already handled a total of 8 million car-insurance buyers, all of them getting in touch via smartphone.

The application will be available for downloading on June 9 on both iOS and Android devices. 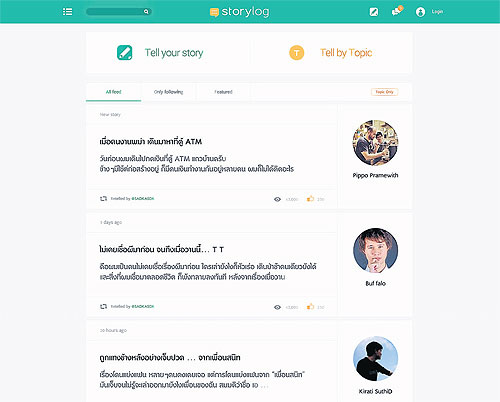 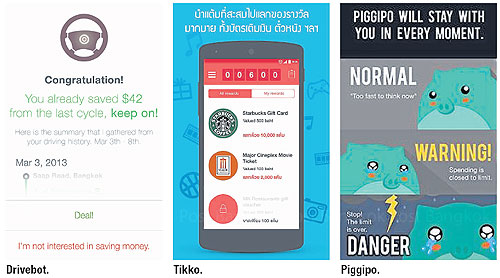