TOKYO - A Japanese court has ordered Google to delete search results linking a claimant to a crime he did not commit, the latest in a series of rulings around the world on what search engines should tell users. 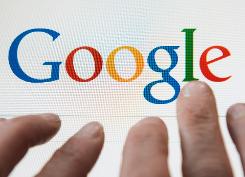 The Tokyo District Court this week placed a provisional order that Google delete about half of 237 entries that appear after the plaintiff's name is entered, the Asahi Shimbun newspaper and other local media reported.

The man requested the injunction in June, arguing that these search results suggest he was involved in a crime and that this constitutes a threat to his current way of life and compromises his privacy, the Asahi said.

The ruling comes after the EU's top court said in May that individuals have the right to ask Google to delete personal data produced by its search engine.

Individuals have a right "to be forgotten", under certain circumstances when their personal data becomes outdated or inaccurate, the European Court of Justice said.

In the Japanese injunction, some of the search results "infringe personal rights", Judge Nobuyuki Seki said in the court documents, according to reports.

"Google, which manages the search engine, has the obligation to delete them," it said.

"The man received tangible damage from the search results, which give the impression that he is a bad man," it said.

It is believed to be the first legal decision in Japan ordering the operator of a search engine to remove search results, although there were earlier rulings on aspects of Google's "autocomplete" function.

"We've just received the order, so we are reviewing the order," a company spokesman told AFP, adding they were studying options, including an appeal.

He added that the company does comply with legal take-down notices.

In April last year, a Japanese court told Google it had to de-link words in its autocomplete function to prevent the search engine suggesting criminal acts when users typed one man's name.