THE HAGUE - A Dutch court on Wednesday struck down a law requiring telecoms and Internet service providers to store their clients' private phone and email data, saying it breached European privacy rules. 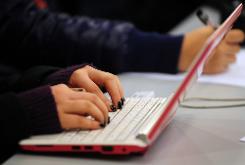 A Dutch court on Wednesday struck down a law requiring telecoms and Internet service providers to store their clients' private phone and email data, saying it breached European privacy rules

"The judge ruled that data retention is necessary and effective to combat serious crime. Dutch legislation however infringes on the individual's right to privacy and the protection of personal data," the Hague district court said.

"The law therefore contravenes the Charter of Fundamental Rights of the European Union," the court said in a statement.

Seven groups and organisations including privacy watchdog Privacy First and the Dutch Association of Journalists dragged the Dutch state to court last month over the issue.

The Dutch court's decision comes after the European Court of Justice in April 2014 struck down the European Union law that forced telecoms operators to store private phone and email data for up to two years, judging it too invasive, despite its usefulness in combating terrorism.

The 2006 directive called for EU states to store individuals' Internet, mobile telephone and text metadata -- the time, date, duration and destination, but not the content of the communications themselves -- for six months to two years.

This data could then be accessed by national intelligence and police agencies.

"The privacy rights of Dutch citizens were violated en masse by this mass surveillance," said Vincent Boehre of Privacy First.

"Privacy First fights for a society in which innocent civilians do not have to feel that they are being constantly monitored," he said on the organisation's website in response to the ruling.

"The verdict of the Hague tribunal is an important step in that direction," said Boehre.