IBM to invest $3 bn in 'Internet of Things'
Tech

IBM to invest $3 bn in 'Internet of Things'

NEW YORK - IBM announced Tuesday it was pumping $3 billion into a new division focusing on the growing market for connected devices, or the "Internet of Things." 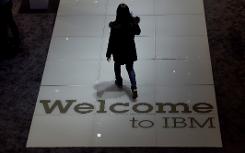 IBM announced Tuesday it was pumping $3 billion into a new division focusing on the growing market for connected devices, or the "Internet of Things"

The move adds IBM's resources to the fast-growing market for smart devices such as refrigerators, cars, clothing and other objects which can connect to the Internet or be linked to smartphones.

IBM will make its real-time analytics available to makers of these devices to help improve their functionality.

"These resources will be made available on an open platform to provide manufacturers with the ability to design and produce a new generation of connected devices that are better optimized for the IoT," IBM said in a statement.

"Our knowledge of the world grows with every connected sensor and device, but too often we are not acting on it, even when we know we can ensure a better result," said Bob Picciano, senior vice president at IBM Analytics.

IBM estimates that 90 percent of all data generated by devices such as smartphones, tablets, connected vehicles and appliances is never analyzed or acted on and that much of the data begins to lose value if not quickly analyzed.

In one example, IBM said it would introduce a cloud-based service that helps insurance companies extract insight from connected vehicles.

In a separate but related announcement, IBM said it would team up with the Weather Company, which operates the Weather Channel, for improved data collection from weather sensors, aircraft, smartphones, buildings and moving vehicles.

The two companies said this data can improve forecasts and help businesses avoid weather-related losses. It can also help utility companies plan for energy needed for extreme heat or cold.

"This deal combines the capabilities of the world's largest and most advanced commercial weather company with the leader in big data and analytics," said David Kenny, chairman and chief executive of The Weather Company.

"This is a watershed moment for businesses that have long been impacted by weather but haven't had the rich data or enhanced decision-making ability to drive positive business outcomes."