Apple on July 17 will launch its first smartwatch in Thailand, a price-sensitive market where wearable tech has yet to take off and one targeted by Asian brands offering cheaper alternatives.

Prices for the Apple Watch, available in three models, will begin at 13,500 baht for the plastic, smaller-sized women's Sport edition. The stainless-steel standard model will begin at 20,500 baht and the 18-karat rose gold Apple Watch Edition will run 395,000-470,000 baht.

The California company first foray into wearable tech landed in South Korea Friday, drawing a good response from fans, but analysts cast doubt on its long-term success there, citing a tough challenge from local brands. 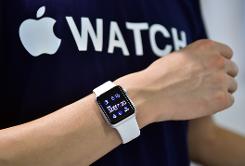 Eager South Korean consumers braved the onset of monsoon rains and concerns over a Mers outbreak, which has killed 31 people, to form long queues outside stores selling the Apple Watch wearable device.

The watch arrived in six other countries Friday, including Taiwan and Singapore, two months after its initial launch in nine countries including the United States, China and Japan.

The device has proved popular in those markets, reportedly selling some 2.8 million units through June.

But analysts said Apple's expensive smartwatch would be a temporary hit in South Korea probably among hardcore Apple fans, while other consumers may favour cheaper brands produced by Samsung and LG.

But he said that the smartwatch market was still in its infancy, adding that Apple's high-end products are "too luxurious to make any dent on the local market".

In Taiwan, Apple Watch went on sale in 10 stores with 50 early buyers lining up outside the brand's flagship shop at the capital's famous Taipei 101 tower.

But while it has been held up as a game-changer for smart wearables, some Taiwanese brands are pitting themselves against Apple Watch with a minimalist "back-to-basics" approach.

Last month in Taipei, home-grown brand Noodoe showed off its simple customisable smartwatch, billed as "the opposite of the Apple Watch", which would reach consumers later this year for less than $100.