An internet full of things
Tech

An internet full of things

In keeping up with the rapid evolution of the web, a new network platform has been launched in Thailand aimed at connecting developers like never before

Following to the evolution of the internet, from fixed connections to mobile connections, now the Internet of Things (IoT) has emerged as the next big thing, with 25 billion devices worldwide predicted to be connect to the internet in 2015 and 50 billion by 2020. 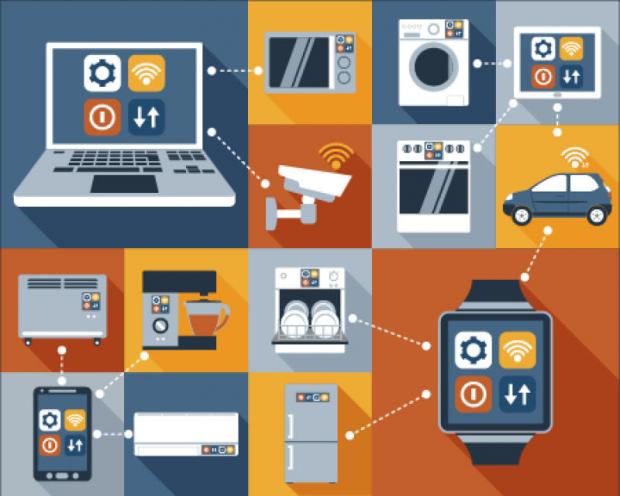 To capture the huge potential of IoT, the National Electronics and Computer Technology Centre (Nectec) will launch NETPIE, a network platform for IoT. This platform aims to provide support for general IoT developers.

Panita Pongpaiboon, the project leader of NETPIE, explained that it is a cloud platform designed to facilitate the communication between different devices -- or things -- within the IoT network.

"NETPIE on the platform offers a service beneficial to developers as it allows devices to communicate with each other, with developers having no concern over where the devices are located," explained Panita.

"The developers just put the NETPIE library on their device which then takes care of all the connections. They don't need to worry about the server and storage nor the configuration of remote access for the device of the internet connection, as they would typically do, in the past usually fixing public Internet Protocol (IP) or installing the port forwarding in the router or registering with the dynamic Domain Name System (DNS) service provider."

More importantly, Panita added, NETPIE makes it simple for developers through its design of automatic discovery, which allows devices to be automatically detected and then connected to the service with the plug-and-play function. Authorisation or access control can be done flexibly by the developers themselves.

"The cost of computer components and hardware today has become cheaper while performance is getting higher. It's thus an opportunity to create value-added products and innovative services," she noted, pointing out that developers who create software programs, for example, a bulb that is controlled by a smartphone, or deploying a webcam in the house, previously had to configure the system and take care of the server by themselves so as to keep the connection between the bulb and a mobile phone. Now with NETPIE, it is possible to do so without configuration, whether it's for small-scale use in households or for large-scale use. NETPIE also helps developers shorten the software development process so that they can respond to market expansion more rapidly. NETPIE comprises two major components -- the cloud platform and MicroGear, an open-source library providing authorisation, authentication, communication and co-ordination services.

One of the strengths of NETPIE, Panita added, is its true cloud architecture, which has high fault tolerance and federated ID for access control. This IoT platform is open for all types of developers, with the library covering the major software and hardware used among general developers including Linux, Windows, Obuntu, Apple, Android, embedded systems such as Arduino, Rasberry Pie, (the hardware that most developers used) and HTML5; and the group of micro controllers that has Wi-Fi connection and chips such as 8266, spark, and ARMmbed. In the future, there will be additional software and hardware to support the platform.

NETPIE is offered free of charge, with each developer able to use 100 devices per account, without the limitation of the AppID. The platform can also be used for commercial purposes.

At present, the key early verticals of IoT adoption are wearables, cars, homes, cities and industries. The initial target groups of the NETPIE platform are developers and small and medium enterprises who will utilise the platform for innovative product development. In the long run, these developers and entrepreneurs will drive the IoT applications to full utilisation, creating value across many industries. According to Nectec director Sarun Sumriddetchkajorn, after the government announced its target to enhance the country's competitiveness, Nectec sees an innovated economy as the fundamental mechanism through which all innovators can achieve their goals.

He added that applying science, technology and innovation to enhance the competitiveness of the product valuation, through a combination of electronics and computer technology, is the linkage needed for the future economic and social system via digital innovation.

To compete with the global market, NETPIE will play a part in serving local developers as a tool for involving the businesses and industries of Thailand. Nectec aims to have one million IoT devices developed by Thais within three years.

During this period, the platform aims to serve human resource development within the country, leading to the creation of new innovations in the future, as having IoT start-ups will be beneficial to the overall industry.

"This will lay down strong foundations to related businesses and industries in the future because IoT is the world's present and future. People, alongside giant technology companies, are all competing for the business advantages of IoT," concluded the Nectec director.