With foreign investment naturally pouring into Phuket, steps are already under way to boost it as the marine, tourist and digital hub

Phuket's old town is a favourite among tourists.

Aside from being a tourist attraction, Phuket has also been recognised as a smart city, home to a digital industry and an international research and innovation centre.

Having being positioned as a smart city by the present government, who set up Phuket as a host of digital industry, the province's focus includes software (embedded software, enterprise software, digital content), cloud service, a data centre, a software park and movie town.

As part of this smart city project, Phuket is now thriving as a smart living community with a smart economy, according to Pracha Asawateera, manager of the Software Industry Promotion Agency (Sipa) Phuket.

"The term 'smart city' means the use of digital technology to drive the city and manage the city with efficiency. This also means people would have a comfortable and convenient life, and are able to access the city's services faster," Pracha explained.

The smart living community focuses on the safety and security in both the city and the marine areas. In Phuket, for example, there are approximately 2,000 CCTVs operated by both public and private agencies.

"We are now working on the integration of all those CCTVs to run analytics so that the CCTV system can monitor and alert us on the upcoming conditions and we can implement some protective measures before the incident happens," he said, adding that the showing of the live atmosphere of Phuket through the integration of CCTVs was introduced to the public via the website seeitlivethailand.com last year. The website has more than 5 million views.

Mobile applications have also been developed as part of the safe city protocol, and has a feature called "Police i lert u", an application to alert the police to emergencies and get help fast. The app is now in the final stages of design and will be completed by the end of this month. Further development will take about three to four more months before it can be officially launched in July or August -- perfect timing to welcome the high season.

To boost Phuket as a marine city, the project will have the integration of tourist database among the yacht services in the Andaman at the marine operation centre at Chalong Pier which is the yacht checkpoint. The system, taken care by the Port Authority of Thailand, will link five southern provinces including Ranong, Surat Thani, Phangnga, Phuket and Krabi.

"The system will enable the officials to view overall marine travel, seeing numbers of passengers during the cruises each day and who they are, so that the city can be safe," he said, adding that the solution will allow officials to alert tourists in case of emergency. This is expected to be implemented by the end of this year.

To develop Phuket's smart economy, the province is now working on its Innovation Park, located at the Prince of Songkla University, with a collaborative development with CAT Telecom who provides internet infrastructure. The Innovation Park will support the short- and long-term courses of the creative and digital entrepreneurship programme and the fast-track process of regulations in setting up business.

Sipa will also help facilitate the matching between start-ups and investors. The project will promote the international research grants to developers who will then create innovative products related to the smart city and consequently match them with investors.

A pitching session is planned to be done by October this year, with initially around 10 start-ups being selected and matched with investors.

In the meantime, the Ministry of Information and Communication Technology (ICT), the Ministry of Labour, the Board of Investment of Thailand (BOI), the Immigration Bureau and Sipa are now working together on the fast track service of the labour database registration system. It has been in the process of amending the regulations in order to attract more digital workers and investors, such as regulations with regard to corporate free income tax and the exemption of import tax for machines as well as free income tax for Thai and foreign experts who work in the smart city.

So far some foreign companies and Thai companies from Bangkok have shown their intention to expand their presence in Phuket.

"Phuket is an international city, so its focus is on foreign investors and those from Singapore and Malaysia find it very easy to travel to Phuket. Several foreign investors approached the programme, but local human resources is still a key matter," said Pracha.

As part of the project, two areas in the province, namely Patong beach and Phuket municipality will be the pilot zone for the smart Wi-Fi service.

The manager explained that there are many Wi-Fi access points today offered by shops and restaurants along the beach, but the problem is that they could not identify the users, so the city is now considering keeping a log file, integrated with the tourist database that launches advertising on the landing page of the Wi-Fi service. This solution will also generate money for the city.

Pracha noted that what should be developed further on the smart Wi-Fi service is the database of tourists and foreigners staying in the province, with its integration with the CCTV system and its linking with the marine travel controlling system. The smart Wi-Fi must also be able to connect to the hotel and travel certification and registration systems.

On the research site, the background of the smart city is the Internet of Things (IoT) technology, which means everything is connected. The IoT platform and research project by the Prince of Songkla University such as the IoT sensors and controllers have been promoted as start-ups.

"We are making Phuket comparable to a living lab. University students and instructors are now doing projects, for example, measuring the chemical substance in the water. These systems [they are developing] must be able to alert the city before any incidents and have measures to protect themselves from danger," Pracha said. Within 12 months, the project expects to have 5,000 digital workers and investors.

In terms of internet infrastructure, Sipa in collaboration with CAT Telecom is working on increasing the average hi-speed bandwidth from 20Mbps now to 50 Mbps by the end of the year.

By the year 2020, the Phuket smart city is expected to have a digital industry, regulations to facilitate workers and investors and a research and innovation centre operation in the province. 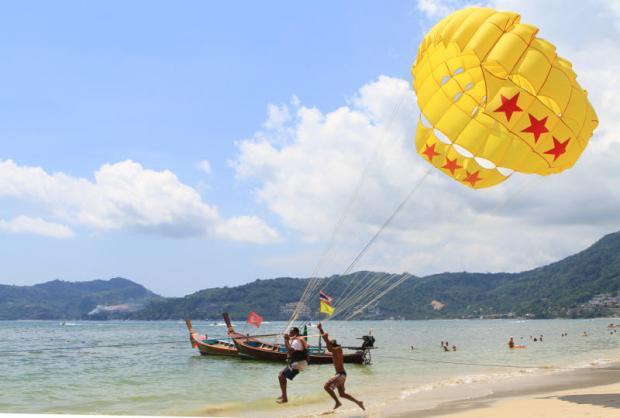 Patong beach will be the pilot zone for smart Wi-Fi service. 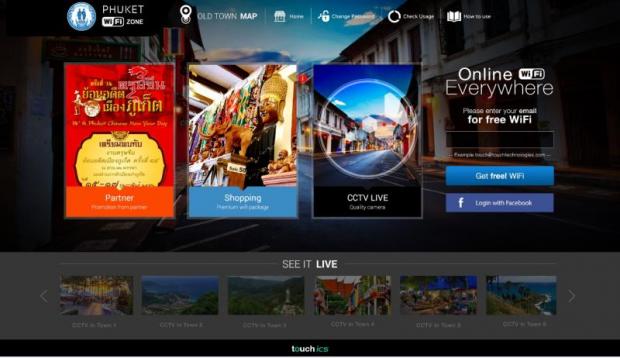 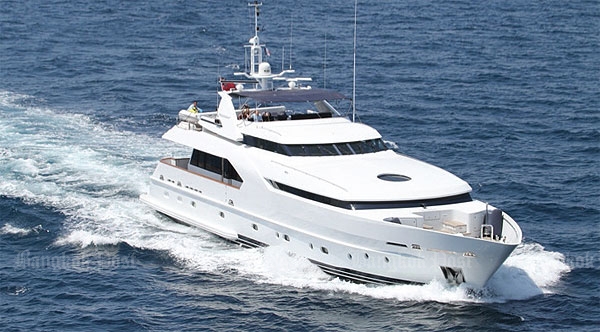 A database for yacht services will be developed.