The government has outlined the first phase of a roadmap for construction of new state data centres, starting this year.

The facilities will be designed to accommodate all data categories of state agencies and improve the country's data management system.

Under the roadmap, the government has classified all state data into three categories: national security data, important data and general data. 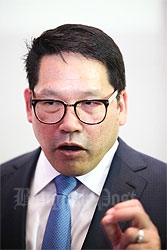 The centralised state data centres will be run mainly by the Electronic Government Agency and supported by state telecoms TOT Plc and CAT Telecom.

The government has not determined a budget for the centralised state data centres, but the first phase of development is slated for this year, he said.

The second phase is scheduled for next year.

The Electronic Government Agency found state agencies had a combined 300 data centres with total space of 36,000 square metres. Those facilities have annual operating costs of 10 billion baht even though use is as low as 16%.

He supported the government's idea of encouraging the private sector to invest in the state data centres, cloud computing and software instead of the public sector. There are 17 potential private companies offering data centre services.

A data centre company will be formed under a joint venture model, with CAT holding a 49% stake and a company 51%.