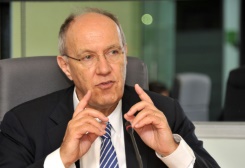 International patent applications grew by 1.7 percent last year, with Chinese innovators accounting for much of the growth, UN agency WIPO said in its annual report.

The United States has filed the greatest number of patents of any country every year for nearly forty decades.

"While the United States of America maintains its premier position, the geography of innovation continues to shift and to evolve, with Asia, and in particular Japan, China and the Republic of Korea, forming the predominant geographical cluster," WIPO Director General Francis Gurry said in a statement.

Most patent filings came from telecommunication companies, with China's Huawei Technologies leading the pack for the second year running, ahead of US company Qualcomm and Chinese company ZTE.

A three-channel national Covid-19 inoculation campaign to begin next month, with walk-in vaccination services where circumstances allow it.