The discovery of tiger cub carcasses at the Tiger Temple in Kanchanaburi earlier this month has made it extremely difficult for the abbot to avoid answering questions from police. (Photo by Piyarach Chongcharoen)

The provincial police chief of Kanchanaburi will summon the abbot of the notorious Tiger Temple for questioning about multiple legal complaints related to alleged wildlife trafficking and forest encroachment.

Pol Maj Gen Suranit Phrombut said on Friday that police would question Phra Wisutthi Sarathera, also known as Luang Ta Chan, as he had to answer many accusations.

Police are gathering evidence and questioning witnesses and waiting for the results of tiger DNA tests before summoning the 61-year-old abbot, the commander said.

Representatives of Luang Ta Chan maintain that he had nothing to do with the alleged abuse and illegal trading of tigers and animal parts. They blamed subordinates and other temple officials. 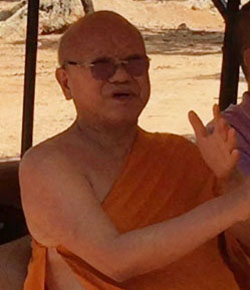 Luang Ta Chan, the abbot of the Tiger Temple, was spotted riding a golf cart on the grounds on Thursday but he declined to take questions.


The abbot was seen briefly riding in a golf cart on the temple grounds on Thursday. His representatives said he had a heart condition that made it inconvenient for him to talk to reporters.

Three of them were filed last year for illegal possession of six Asian black bears, obstruction of attempts to seize the bears, and the disappearance of three tigers from the temple.

Luang Ta Chan himself led other monks to block the seizure of the black bears at his temple in April last year.

Eight other cases came to light while wildlife officials were removing all 137 tigers from the temple last week. The animals have been relocated to two government-run wildlife breeding centres.

Many people are alleged to have been involved including a monk who was the secretary to the abbot, and charges would be pressed against them, Pol Maj Gen Suranit said.

Pol Col Supitpong said the foundation and Tiger Temple Co had been set up to run a zoo business at the temple to distance the temple. He denied the abbot had anything to do with the tiger cub carcasses and talismans and other discoveries made at the temple.

He also said he had resigned from all positions at the temple and the foundation and that Siri Wangboonkerd, a former Thai Rak Thai MP, would succeed him. In any case, the construction of a zoo at the temple would continue, said Pol Col Supitpong.

Meanwhile, the Buddhism office of Kanchanaburi reported on Friday that 15 monks and one novice remained at the Tiger Temple and were conducting routine Buddhist activities. 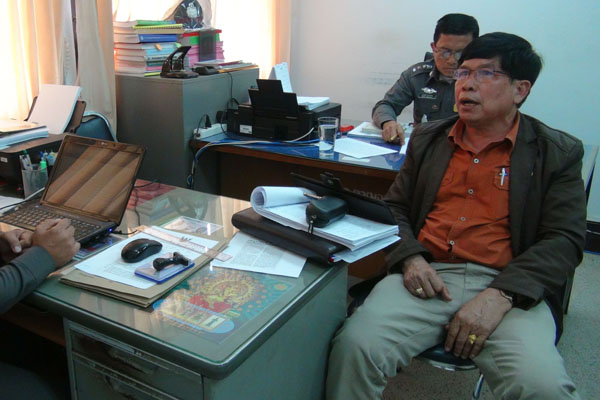