The heavy downpour in several areas of Bangkok on Monday afternoon has left the capital with flooded roads in inner Bangkok as well as outer areas.

The Drainage and Sewerage Department of the Bangkok Metropolitan Administration reported that heavy rain was reported in the capital from 12.30pm to 3.45pm. The most affected area was Kan Na Yao district, at 89 milimetres.

The department reported on its website a total of 15 roads were flooded -- from 5-10cm on Phahon Yothin Road at Wong Wian Bang Khen to 20-30cm on Navamin Road.

The department estimated that the excess water would be drained within one hour.

The station urged road users to check traffic news and plan their travel on their way back home on Monday evening as several areas were still flooded. 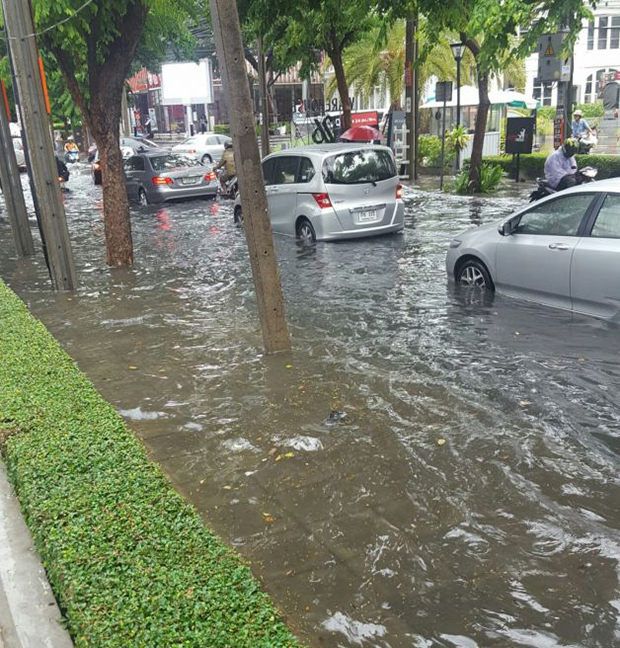