Department wants VAT kept at 7% for another year
Business

Department wants VAT kept at 7% for another year

The Revenue Department plans to propose that the Finance Ministry maintains value-added tax (VAT) at 7% for another year.

This would help boost consumer confidence as the economy is picking up, said Prasong Poontaneat, director-general of the department. 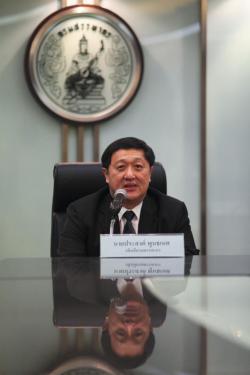 The 7% VAT rate is due to expire at the end of September. Without the 7% VAT renewal, the tax will be imposed at 10% of product and service value.

VAT's contribution to government coffers is increasing, but the full-year amount is expected to fall short of the target by 100 billion baht due largely to the decline in VAT on imported goods, oil in particular, said Mr Prasong.

The department has set the VAT target at 700-800 billion baht for this fiscal year, ending Sept 30.

"In May, tax collection showed better signs. The tax revenue exceeded the same period last year by 40 billion baht or 6%, but it was still lower than the target by 30 billion baht. The tax items that were lower than targeted are beyond our control -- chiefly VAT on imported oil," he said.

Tax incentives to comply with the government's recent policy also hurt the department's revenue stream, said Mr Prasong, adding that they are the income tax reduction for the single financial account scheme and holiday tax breaks.

The Revenue Department is set to garner 1.90 trillion baht in tax revenue for fiscal 2016, assuming that the oil price averages US$60 a barrel.

Due to the single financial account scheme, a set of tax perks offered to attract small and medium-sized enterprises to pay tax correctly, sales revenue reportedly rose by 6-10%, he said.