An intellectual property (IP) reform roadmap featuring an action plan for the short, medium and long terms is set to go before Prime Minister Prayut Chan-o-cha later this month.

Nuntawan Sakuntanaga, director-general of the Intellectual Property Department, said the department has completed the reform roadmap, which will be submitted for consideration by the national intellectual property policy committee, chaired by Gen Prayut, which is due to meet on Aug 25.

The roadmap spanning 2018-21 covers support for Thai people to develop their own intellectual property as well as protection and suppression of IP violations. It also calls for establishing new environments that stimulate IP creation, the commercialisation of IP, law enforcement and the promotion of geographical indication.

As a short-term measure, authorities will work closely with the Internal Security Operations Command, the Department of Special Investigation and the national police to launch a clampdown on piracy, notably in red zones and notorious markets nationwide, aiming to cut the piracy rate over the next four months. 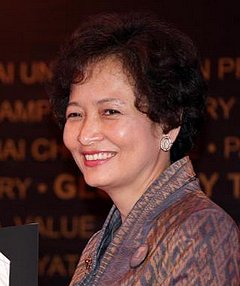 The government aims to eradicate IP infringements in these venues by 2021.

"Red zones in closed areas such as department stores must be wiped out within four months," Mrs Nuntawan said. " Serious action will be taken in open areas such as Sukhumvit Road and Chatuchak weekend market and we aim to eventually eradicate piracy in these open areas."

According to Mrs Nuntawan, the suppression drive over the next four months will focus mainly on 27 areas categorised as red zones.

These include MBK Centre, Pantip Plaza, Khlong Thom, Baan Mor, Sukhumvit Road and Patpong in Bangkok as well as markets in Chiang Mai and Phuket and Rong Klua market at the Aranyaprathet border crossing with Cambodia.

"We believe Thailand's image will significantly improve and higher foreign investment is anticipated if Thailand succeeds in tackling infringements of intellectual property," she said.

"We are hopeful that once serious action has taken and amendments to IP laws including anti-camcording measures are in place, Thailand will be removed from the US's priority watch list next year."

Thailand remains on the priority watch list for IP violations for the ninth year running even though the country has tried hard to crack down on IP infringements by promoting awareness and enforcing laws.