The requirement that foreign tourists must use special SIM cards that enable tracking of their movements will not apply to expatriates living in Thailand, NBTC secretary-general Takorn Tantasith said.

Telecom regulators on Tuesday approval in principle of the requirement that foreigners use the special card in their phones after a meeting on Tuesday.

The announcement  drew immediate criticism from foreigners working or living legally in Thailand, and concerns that they would be included in the scheme. 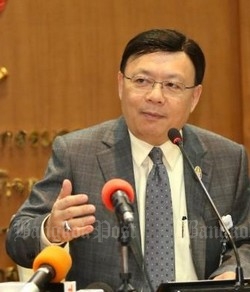 The "tourist SIM" cards were intended to improve visitors' safety and help track down overstayers, he said.

"We are not limiting any rights. The National Broadcasting and Telecommunications Commission has no authority to check on the location of users," he said.

"But if tourists commit wrong, or there is a court warrant, we will then forward the warrant to a mobile phone operator and seek cooperation.

"All countries do this," he said.

The use of "tourist SIM" cards would not be applied to expatriates legally residing here, Mr Takorn said.

Mr Takorn said after the meeting on Tuesday the resolution was in the interests of national security. The NBTC would discuss the measure with mobile phone operators, the Customs Department and other related state agencies.

Mobile operators can preset some technical features in SIM cards to ensure that they can always locate users, who will be unable to turn off the  function, he said.

From January to July this year, 19.06 million foreigners visited the country, up 12% year-on-year, according to the Tourism and Sports Ministry.