Village alarmed by plan for road to wolfram mine
Thailand
General

Village alarmed by plan for road to wolfram mine

PHRAE - People of a village in Long district are alarmed after learning a mining company plans to build a road through their community for trucks carrying wolfram ore, a major source of the metal tungsten.

Residents of Ban Pin say they were not consulted and  fear movement of ore through their community  would damage the environment and affect their health, lifestyle and livelihood, according to media reports.

Prateep Sirikhamnoi, 59, of Ban Pin, said employees of S.C. Mining Co, officials of the State Railway of Thailand, and Somsak Wongluang, the mayor of tambon Ban Pin Municipality, were seen surveying the route on Aug 1 and 5. 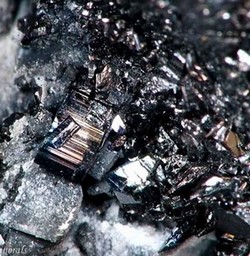 They had also learned that S.C. Mining wanted to build a road from a wolfram mine near Moo 3 village to Highway 1023 (Phrae-Long) to transport ore from the mine through Ban Pin community.

Mr Prateep said they feared the effect this would have on their health, way of life and livelihood.

The residents had submitted a letter opposing the road plan to the tambon administration organisation, to mayor Somsak, the office of Long district, the provincial Damrongtham Centre, and S.C. Mining, but had not received a reply from any of them.

If their protest continued to receive no satisfactory response, they would have no option but to stage a protest at the provincial hall, Mr Prateep said.

According to Bloomberg financial news service, S.C. Mining Co Ltd produces tungsten ferberite, antimony concentrate, and acid-grade calcium fluorite. The company was founded in 2002 by  Tepsiri Kijbamrung  and is based in Bangkok.

WELLINGTON: Prime Minister Jacinda Ardern urged New Zealanders to "call out" Covid-19 rule-breakers Monday, as public anger built over a series of infringements that forced the country's largest city back into lockdown.