A bomb disposal expert shows the inner workings of one of the unexploded bombs. (Photo by Achadtaya Chuenniran)

Two bombs likely connected to the coordinated attacks last week were found in separate locations in Phuket on Sunday afternoon, with a third being found in Hua Hin.

A police bomb disposal unit was called to Paradise Plaza market on Rat Uthit Road in Kathu district at 1pm to inspect suspicious bags hidden in a garment stall.

The bag contained a mobile phone wired to an electronic circuit board with burn marks on it. The second bag contained a suspected detonator. Each had alcohol gel and matches.

Police said the fire bombs each contained a Samsung mobile phone and phone charger, the same as those used for the bombing attacks in Phuket and Phangnga on Friday.

Police believe the perpetrators may have hidden them in the market on Wednesday, when one of the two low-pressure time bombs was foudn and destroyed there.

Police are inspecting fingerprints on the devices and security camera footage.

A similar device was later discovered at Chat Chai market in Hua Hin. Pornsri Wilaisakul, 30, said she found a mobile phone charger in a box near her clothes shop and decided to call police to check it, given the earlier spate of bombings.

Pol Lt Gen Charnthep Sesawet, chief of Provincial Police Region 7, said police found a partially burnt mobile phone charger and matches in the box. The device was of the same type used in the arson attacks in Surat Thani and Nakhon Si Thammarat on Friday, but the circuitry of this one did not work properly.

Wiwat Tipsributr, 50, a shoe shop owner, told police three teens, one of them carrying a rucksack, stopped by his shop on Wednesday morning, then went to a clothes shop next door and returned to his shop again before leaving. He later found a box containing a mobile phone charger in front of his shop and thought that a group of male customers may have forgotten it. He kept it for two days and threw it away after no one came to pick it up.

Pol Lt Gen Charnthep said police were checking security camera footage to identify the suspects and had increased patrols across Hua Hin. He urged the public to alert authorities if they spot anything irregular. 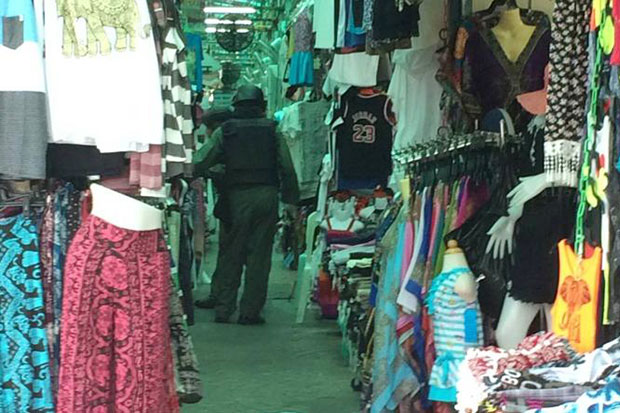