The Department of Special Investigation shows the cell where the former land official was allegedly found dead on Tuesday. (Photo by Tawatchai Kemgumnerd)

The director of Mongkutwattana Hospital has rejected the Department of Special Investigation's theory his team's efforts at resuscitation might have killed a DSI suspect in an illegal land documents case on Tuesday.

He also said the DSI had not informed the hospital that the suspect hanged himself in his cell.

Rienthong Nanna, director of the hospital, wrote on his Facebook page on Thursday that the DSI had informed his hospital at 1.10am on Tuesday that Thawatchai Anukul had fallen unconscious and asked that an emergency team be sent from the hospital, which is about 5km from the DSI office in Bangkok.

The team reached DSI at 1.15am and found Thawatchai in a critical condition. They began cardiopulmonary resuscitation (CPR) and rushed him into the hospital's emergency room at 1.33am. The resuscitation was successful, but he remained unconscious, the director said.

At 2.40am the man was moved to the critical care unit. His condition kept deteriorating. They continued to do CPR but the man was pronounced dead at 4.45am. 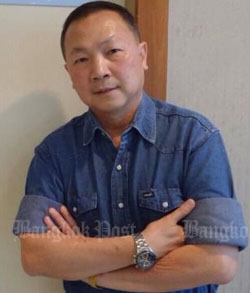 Dr Rienthong said it was not possible that CPR had caused liver injuries, since the procedure involved the heart and lungs. It had nothing to do with the liver.

On Wednesday, DSI director-general Paisit Wongmuang said an autopsy found the man had a ruptured liver. He also said the hospital team's CPR might have caused it.

On Tuesday, Pol Col Paisit told reporters that Thawatchai committed suicide in his cell at the DSI headquarters due to tension from the prospect of prosecution.

The man reportedly hanged himself with his socks from a cell door hinge.

The man was arrested for allegedly issuing land right documents illegally for about 1,000 blocks of land in Phangnga, Phuket and Surat Thani provinces.

The 66-year-old man, a native of Phuket, was a land official in southern provinces including Phangnga and Phuket and was suspected of issuing illegal land rights documents to wealthy people.

He had been detained on the sixth floor of the DSI's head office in Laksi after his arrest in Nonthaburi province on Monday.

"The resuscitation did not cause a ruptured liver or abdominal bleeding... Mongkutwattana Hospital has no idea why Thawatchai's liver was ruptured. That question must go to the doctor who examined the body," Dr Riangthong said.