His Majesty the King has received treatment for a severe blood infection, a statement issued Friday night reported.

Statement 32 issued by the Royal Household Bureau said blood tests had revealed His Majesty was suffering from a severe infection.

"On August 31, 2016, his heartbeat was fast and he had very thick mucous. A test result of the mucous and blood indicated a severe infection," the statement said.

An X-ray revealed His Majesty had fluid in his lungs, which a treatment helped to reduce, according to the bureau's statement.

The monarch's low blood pressure and a fever have since improved and his medical team is continuously watching the symptoms closely, the statement said. 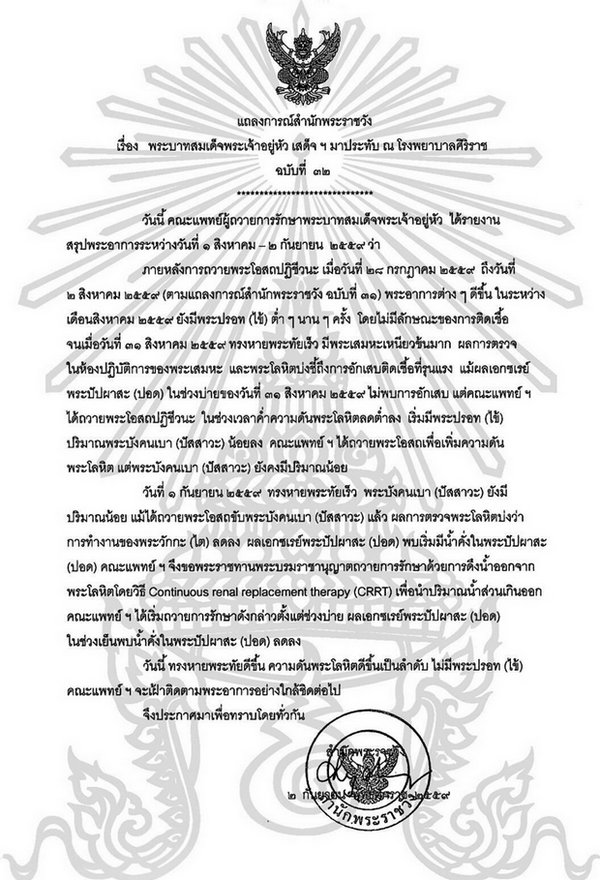