The Prince of diplomacy

A royal known for his intellectual prowess, diplomatic skills and leadership is remembered

'Your smooth, timely but firm guidance has had an essential part in the success with the work we have done. I notice even the birds sitting inside the dome stop singing to listen to what you say."

That was what Sir Anthony Eden, the former prime minister and foreign secretary of the United Kingdom, remembered about the late HRH Prince Wan Waithayakon Krommun Naradhip Bongsprabandh during their meeting at the Ananta Samakhom Throne hall more than half a century ago.

Fondness and admiration has certainly transcended time and now it is the Foreign Ministry's turn to retell its history chartered by the princely figure who showed the world what Thai diplomacy in all its astuteness is made of.

Sir Anthony's words of appreciation for Prince Wan, bestowed the elevated royal rank of Sadet Nai Krom, were conveyed in one of the communications they had. It was testament to the high recognition the prince had won from a world leader and it also unequivocally spoke of Prince Wan's influence on the diplomatic stage.

Prince Wan, or Wan Waithayakon in the west, occupied the top seat of diplomatic power when he was elected president of the Eleventh Session of the General Assembly (1956-1957), while serving as Thailand's permanent representative to the United Nations.

His career in the foreign service was launched in 1917 when he was made third secretary at the Thai embassy. Five years later, he was back in the foreign office in Bangkok and it was that same year in 1922 when he was named adviser to his half-brother, King Rama VI. His big break arrived in 1924 when was promoted to foreign permanent secretary assigned to negotiate quite a number of critical amendments to treaties of commercial and political nature with the West. 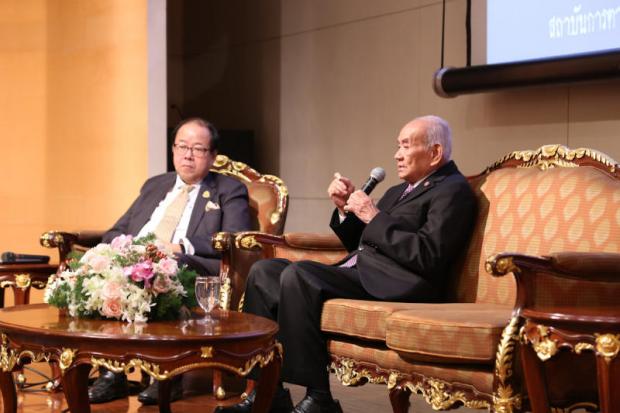 He made a journey again in 1926 to Europe, carrying with him his credentials of minister accredited to the United Kingdom, the Netherlands and Belgium. Prince Wan also headed the Thai delegation to the League of Nations, where he was active in such capacities as commission member, vice-president and president.

The list goes on of Prince Wan's diplomatic missions with some of the notable milestones being the negotiations with Japan in 1943, participation in the Seato Council and the Bandung Conference, where he was elected Rapporteur, and negotiations leading to Thailand's admission to the United Nations.

Given his wealth of experience and a celebrated career, Prince Wan's legacy has been adopted as the bedrock philosophy of Thai diplomacy.

Directing the United Nations General Assembly session was generally smooth sailing, except where challenges cropped up which required thoughtful and swift leadership to overcome. One incident was the Suez Canal crisis of 1956 when Egypt nationalised, causing political ramifications and tension as Britain and France had shares in the company which operated the Suez Canal, as well as the Hungary uprising in the same year in which thousands were killed and wounded and hundreds of thousands of people fled the country. 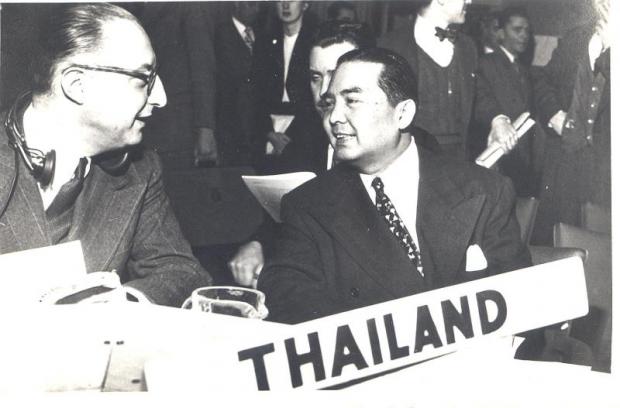 Prince Wan was praised for exercising his wit, tact and impartiality in handling the explosive issues at the UN, helping to tailor peaceful solutions to major conflicts.

This year marked the 125th anniversary of Prince Wan's birth which is celebrated with activities held by the Foreign Ministry in a tribute to Prince Wan and the memories of him evoked by respected diplomats.

Secretary-general of Thai Red Cross Society Phan Wannamethee worked with the prince in the foreign office.

Mr Phan said he was impressed by Prince Wan's eagerness to pass diplomatic knowledge on to the younger generation through the regular work, including daily reports on foreign affairs situations. 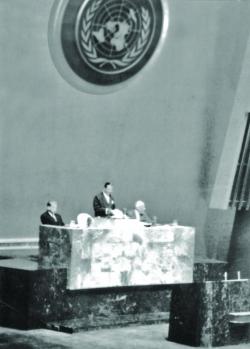 Prince Wan represented the country in international forums. Right  The prince occupies the top seat of diplomatic power after being elected president of the 11th Session of the General Assembly (1956-1957).

It was required of the young diplomats to present the reports to Prince Wan who looked through them and made assessments.

"Prince Wan had a talent for teaching. He read the reports we submitted thoroughly and had us sit down and discuss them.

"He preferred to have the young diplomats submit the reports in person because he wanted to see how they performed through these reports," Mr Phan said.

"Teaching with mercy is the way he trained us," he added.

Having worked for Prince Wan for decades, former foreign minister Tej Bunnag said it was an honour for him and his family to have had professional contact with such an exceptional diplomat.

Mr Tej recalled how Prince Wan had performed his duty with neutrality, which bolstered Thailand's position in the world community, especially in dealing with the fiercely sensitive international disputes related to Hungary and the Suez Canal that teetered on the brink of war.

"His skilful negotiations in the beginning helped our country reduce war reparations after the end of World War II and we later became a member of the United Nations," Mr Tej said.

Prince Wan was noted for his ability to get both sides of a conflict to the negotiating table, which characterises Thailand's position in dealing with world affairs.

On a personal level, the prince was able to ease through some tense talks at the UN through his non-confrontational diplomacy as well as his hallmark bright smile, which was a reflection of his wisdom.

Mr Tej remembers the chief of the USSR delegation, Andei Vyshinsky, telling the political committee during a serious discussion at the UN: "See? Prince Wan agrees with me. He is smiling."

However, Prince Wan had at one point uttered a word of caution: "It's dangerous to interpret my smiles because I always smile.''

Prince Wan once remarked that being a good diplomat requires one to possess the ability to pass goodwill to those we engage with, Mr Tej said.

Diplomatic achievements and his steadfast principle were not the only legacy Prince Wan left behind. He commanded expertise in languages from English and Pali to Sanskrit.

In fact, he coined Thai words from English translation which are in frequent use today.

They include prachathipatai (democracy), ratthathammanoon (constitution), thanakarn (bank) and songkram (war). His outstanding proficiency in languages also saw Prince Wan being selected president of the Royal Society, which is the institute most authoritative in planning and regulating the Thai language. 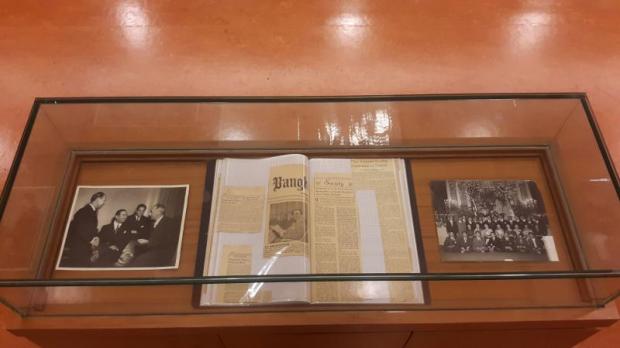 Rare photos and old news articles about the prince are displayed in a glass case.

"Whenever I enter the Foreign Ministry, I always feel his presence. Prince Wan's legacy is with Thai diplomacy, always has and always will," said another veteran diplomat Kasit Piromya.

Mr Kasit, also a former foreign minister, said he admired and respected Prince Wan as a Thai who devoted himself to the service of the nation and laid solid groundwork for the country's diplomatic missions.

"To serve the nation, to share knowledge and teach the younger generations were his greatest gifts. Imparting academic knowledge is very important," Mr Kasit said.

The prince's dedication and contributions to the foreign service have produced achievements deeply imbued in history, Mr Kasit added.

Born on Aug 25, 1891 in Bangkok, Prince Wan began his education at Suan Kularb School and Rajvidyalai (King's College) before continuing his education in England where he obtained a degree with honours in history from Oxford's Balliol College.

"They teach us to use our own wisdom, and so I had to work hard," the prince said of his education in England.

He also attended the Ecole Libre des Sciences Politiques in Paris where he graduated with an excellent record in diplomacy. Prince Wan won many academic honours and is recognised as being among the founders of philology criticism in Thailand.

The prince also branched out into politics when he was appointed to the posts of foreign minister and deputy prime minister.