The hulking, prehistoric-looking monitor lizards that stalk the grounds of Bangkok's Lumpini park have long triggered fascination -- and fear -- from visitors to the city centre's main green space.

But with their population soaring out of control to some 400, city officials are on a mission to bait and bag some of the meaty reptiles known as hia -- a noun which doubles as the most powerful swear word in Thai.

"In the past hia used to steal people's food, so that's why people cursed them," explained 49-year-old Tawee Somnamee, who works in the 142-acre park, a lush oasis for joggers and cyclists in the heart of Bangkok's concrete jungle.

He is one of twelve park staff who set out Tuesday with makeshift fishing poles, rope and sacks to lure the reptiles from the ponds and canals where they lurk.

In recent years, the largest of the Lumpini leviathans -- measuring up to three metres in length -- have taken to tromping around the park, damaging plants and frightening passersby.

"They walk around and don't know that people are scared of them," said Suwanna Jungrungrueng, director of the city's environment department.

"It's time for us to control them."

While the slippery and deceptively fast carnivores don't attack people -- they mostly feast on dead fish, birds and turtles -- a handful of cyclists have been injured after accidentally colliding with lizards on the bike path.

The creatures can live up to 20 years.

Park officers have already captured nearly 100 hia by luring them out of the water with catfish, before swiftly pouncing on them and tying up their limbs.

Officials say they are being relocated to a wildlife sanctuary in neighbouring Ratchaburi province.

While the reptiles are not exactly beloved in Thailand, some say they bring good luck.

"If a hia goes into someone's room, they will become rich," said Mr Tawee, adding that the park will not be removing all of the lizards.

"There should be some left for foreigners to see," he said. 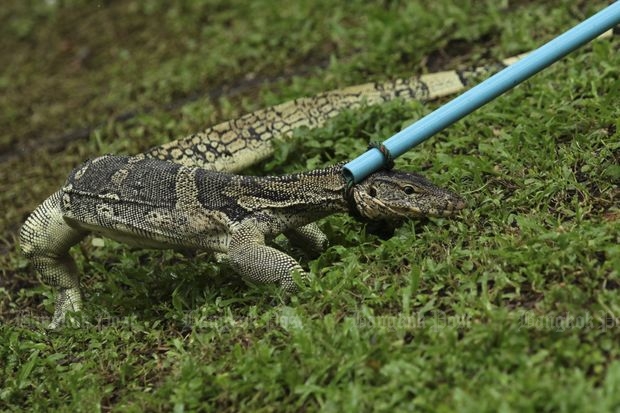 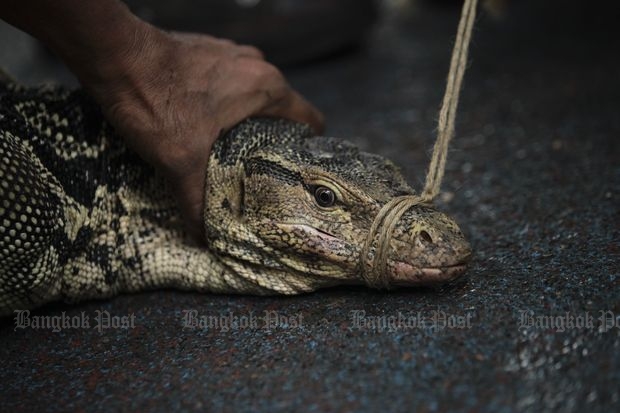 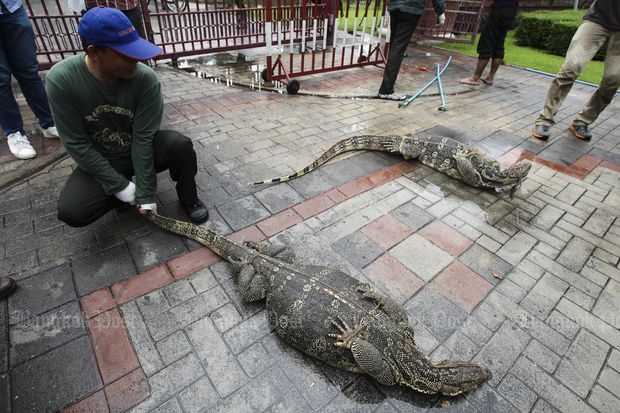