UN pays tribute to the King

UNITED NATIONS: The United Nations paid tribute to the late King Bhumibol Adulyadej with a ceremony on Friday in the General Assembly Hall.

UN Secretary-General Ban Ki-moon lauded the late monarch as a visionary and humanitarian who stabilised Thailand during times of political turmoil and tensions.

Peter Thomson of Fiji, the General Assembly president, described King Bhumibol in his address as "one of the most venerated global leaders of our time" and went on to say:

"King Bhumibol was beloved as the 'People’s King', and through the thousands of development projects that he initiated over his lifetime, he oversaw a period of profound social, economic and development transformation across the country, significantly improving the livelihoods and wellbeing of the Thai people.

"King Bhumibol was also a committed environmentalist. He played a leading role in the promotion of soil science and conservation, and was a leader in sustainable land resource management." 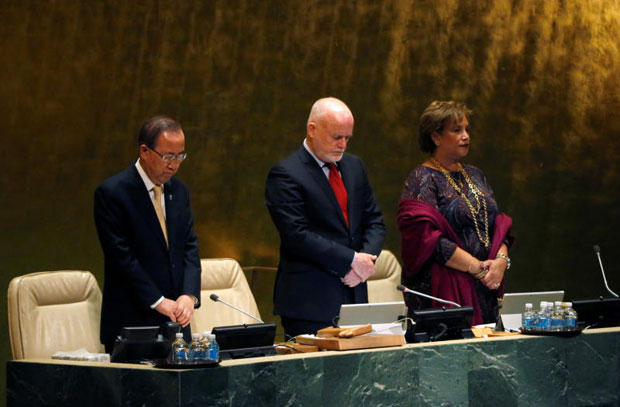 Ban also praised His Majesty's commitment to sustainable development and noted that the King was awarded the first United Nations Human Development Lifetime Achievement Award in 2006.

Ban says the United Nations "recognises and pays tribute to the remarkable life that His Majesty King Bhumibol led and joins all those who loved the revered King in offering heart-felt condolences".

Samantha Power, the Permanent Representative of the United States to the UN, told the gathering that she felt "privileged" to address the special event.

Because the King was born in the United States while his father was studying medicine at Harvard, "his presence is still very much felt in Cambridge", she said.

"In the eyes of His Majesty, doing things that were useful meant finding a way to solve the problems that affected real people -- most importantly, the vulnerable and marginalised people." she said. "And, as the King saw it, the only way to know what was useful – and to understand the problems people were facing – was to get out into the field, into the places where people lived."

"And His Majesty was more than just a keen observer. Being useful meant helping fix the problems that he encountered, and empowering the Thai people to do the same," said Ms Power.

"How fortunate the Thai people were to have had His Majesty as a member of their family. And how fortunate we are to be able to learn from the way that this remarkable king chose to live his life." 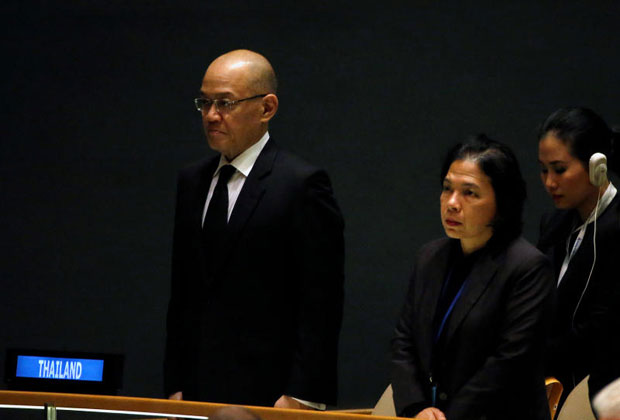 Ambassador to the United Nations Virachai Plasai and members of the Thai delegation to the UN observe a moment of silence during a tribute to the late King in the General Assembly. (Reuters photo)