The ferry service between Pattaya and Hua Hin will begin on Jan 1, with free passage until Jan 15 for Thais and foreign tourists. The ferry is expected to take two hours to cross the Gulf. (Photo by Chaiyot Pupattanapong)

CHON BURI: The new ferry service between Pattaya and Hua Hin will begin service on Jan 1, with free rides as a New Year's gift until Jan 15, after which the normal fare of 1,250 baht will kick in.

The service will be officially launched on Jan 12.

Marine Department director-general Sorasak Saensombat on Friday led officials and representatives of the ferry operator, the Royal Passenger Liner Co, on an inspection of the double-decked vessel, its safety equipment and of the docking facility at Laem Bali Hai pier in south Pattaya.

They were taken on a test run from the pier in Pattaya to the fishing pier in Hua Hin, across the Gulf in southern Prachuap Khiri Khan province.

Mr Sorasak said Thai and foreign visitors would be able to travel on the ferry for free between Jan 1 and Jan 15 as a New Year’s gift.  After that the basic fare will be 1,250 baht a trip per head. The ferry service will be officially launched on Jan 12.

The ferry operator bought three of the 38-metre long ferries from China, each capable of carrying 339 passengers. Each ferry has 286 seats on the first deck, with 44 business class seats on the upper deck, two VIP rooms and a crew of eight.

The ferries can travel at up to 27 knots. The trip is expected to take no more than two hours.

Initially, only one ferry will be in use. It will leave the fishing pier in Hua Hin at 8.30am for Bali Hai in Pattaya. The return trip to Hua Hin will depart Pattaya at 3.30pm.

Pattaya is about 345km from Hua Hin by road, but only 105km across the Gulf of Thailand. 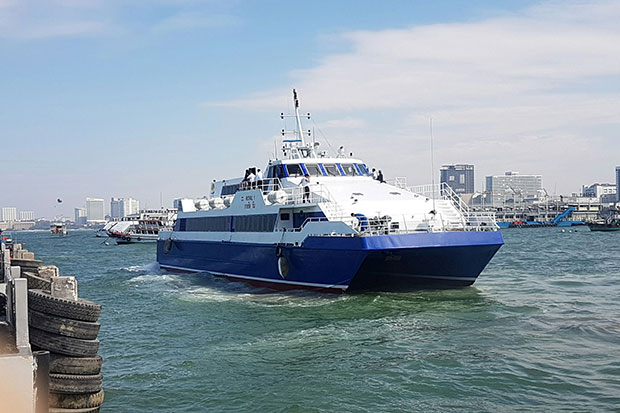 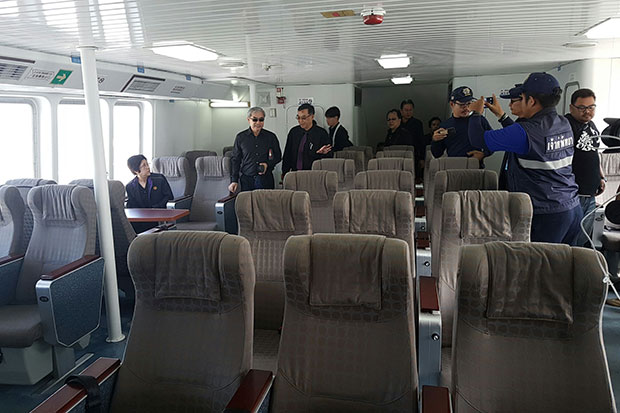 Marine Department chief Sorasak Saensombat leads officials and representatives of the ferry operator, Royal Passenger Liner, on a safety inspection and test run of a ferry from Laem Bali Hai pier in Pattaya to Hua Hin, (Photo by Chaiyot Pupattanapong) 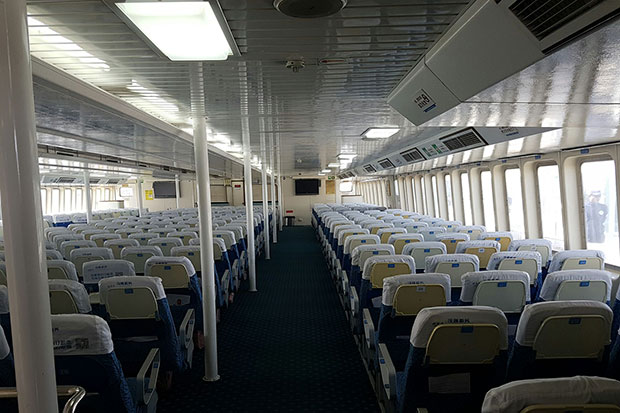 The first deck has 286 seats, with 44 business class seats on the upper deck and two VIP rooms. 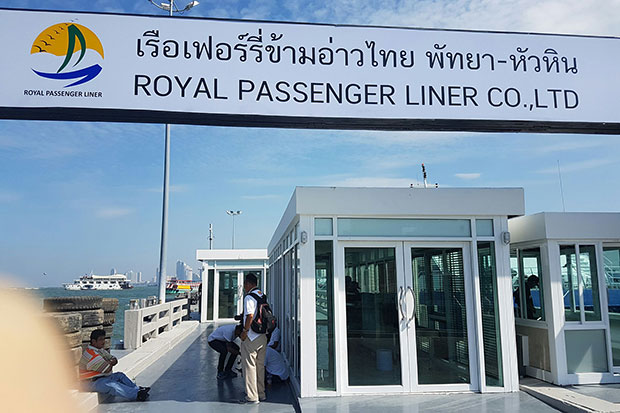