People wade through the strong flood current with the help of a rope near Ti Wang railway station in Thung Song district, Nakhon Si Thammarat province, on Wednesday. (Photo by Nujaree Raekrun)

The southern railway track was under water in tambon Ti Wang of Thung Song district, and the State Railway of Thailand halted southbound trains to Trang and Kantang stations at Thung Song junction on Wednesday and into Thursday.

In Surat Thani, flooded were Muang and Phunphin districts.

In Trang, about 8,000 people were affected in Huai Yot, Muang, Na Yong and Ratsada districts.

In Yala, floods covered Bannang Sata, Muang, Raman and Yaha districts. Closed indefinitely were 11 schools in Raman district and one in Muang district. 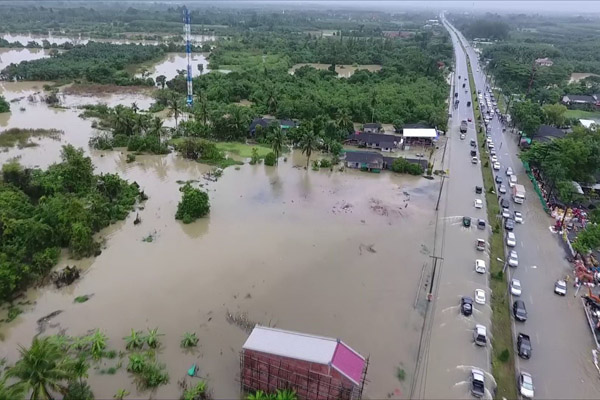