Alleged drug gang member Bulan Tharisuab sits with the evidence seized from her condominium and car at Provincial Police Region 9 head office in Songkhla on Thursday. (Photos by Assawin Pakkawan)

SONGKHLA - A man and a woman suspected of involvement in drug trafficking have been arrested in Chana district after police found 1-million-baht cash in their car and another 54 million baht in Thai and Malaysian currencies in the woman’s condominium.

Anti-narcotic police from Provincial Police Region 9 pulled over a Toyota Fortuner for a search at a checkpoint on the Asia Highway on Wednesday. The SUV was driven by Jitpanu Sae Heng, 37, with his employer Bulan Tharisuab, 42, sitting next to him.

Drug suppression chief of Police Region 9 Lt Col Thanawut Sengsui, said on Thursday his team had surveilled Mrs Bulan for some time as they suspected she might have been involved in her husband’s drug-trafficking ring. Her husband, Maruslan Draw-Mae, 47, one of the major drug dealers in the Deep South, was arrested in Malaysia's northeastern state of Kelantan for possession of 70,000 methamphetamine pills three years ago.

Officers at the checkpoint did not find any illegal item in the SUV but instead recovered one million baht hidden in the vehicle. 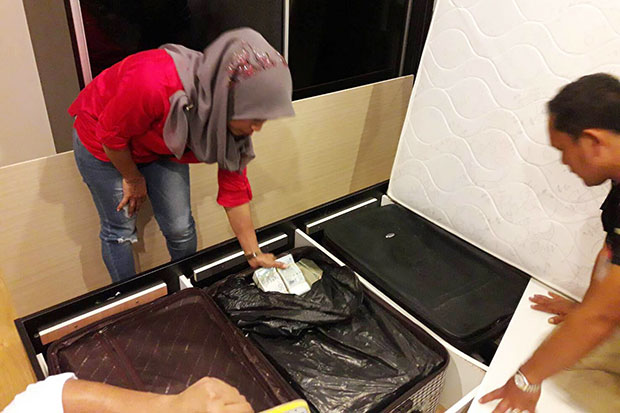 Police also searched her home in Narathiwat’s Sungai Kolok district but did not find any illegal drug. Apart from the money, officials impounded the SUV and a Honda Accord found at the Sungai Kolok home as evidence.

Mrs Bulan allegedly told police her husband had ordered his minions to bring all the cash to her home in Sungai Kolok after he was arrested in Malaysia, adding she was surprised by the large amount of the money. She used the money to buy a condominium in Hat Yai, two vehicles and jewellery but denied being involved in her husband’s drug business.

The driver, Mr Jitpanu, said he had nothing to do with the money or the drug ring. He claimed Mrs Bulan told him the 1-million-baht cash in the SUV would be used for "changing the car's tyres".

Pol Lt Gen Sakhon Thongmunee, commander of Police Region 9, said investigators were not convinced by the suspects’ accounts and would send them, along with the impounded assets, to the Narcotics Suppression Bureau in Bangkok for further investigation.

He said Maruslan’s drug network was at the national level but could not tell yet whether it was linked to that of suspected Laos drug lord Xaysana Keopimpha or of southern drug ring leader Usman Salaemang. 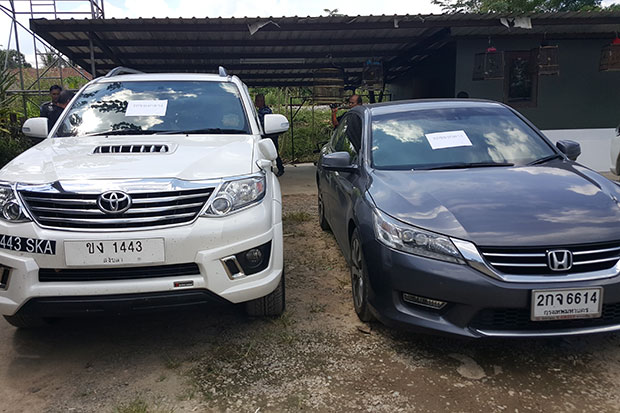