Abusers of heroin and other strong opiates have resisted all efforts so far to get off drugs, so authorities have turned to the controversial 'cure' of methadone. (File photo by Onnucha Hutasingh)

The country declared a war on drugs more than 10 years ago which focused on corrective policy including legal measures, penalties and crackdowns.

The so-called "war" was never won, however, as the number of prisoners getting caught abusing drugs has not dropped.

Thailand has one of the world's highest prison population rates; about 70% of prisoners are incarcerated for drug-related offences.

Department of Narcotics Litigation deputy director-general Jitnara Nawarat said Thailand is "seeing the light at the end of tunnel" as it has now implemented harm reduction strategies to tackle drug problems.

"A prison is not a place where substance users come to receive drug therapy treatment," he said.

"Under harm reduction programme, they are urged to come out to see health personnel who can give them care."

A harm reduction programme lets a user continue to use a drug, but at a lighter level.

The programme is also a byproduct of the removal of methamphetamines (ya ba) from the narcotic lists programme initiated by former justice minister Paiboon Koomchaya.

Last year, Gen Paiboon made the proposal to classify ya ba as a normal drug as current measures to suppress the drugs had failed. 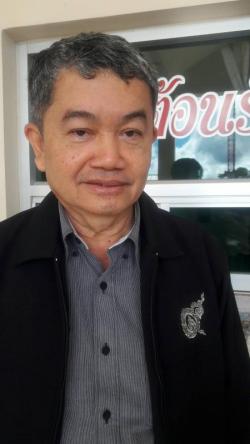 Harm reduction practices focus on support services and strategies to help users and their families and communities.

The measures can also help empower individuals who use a substance to improve the quality of their lives and benefit their families and communities, advocates say.

The harm reduction programme is also aimed at solving the problem of overcrowded jails, reducing opioid use and crime related offences and HIV-risk behaviours.

Harm reduction-based methadone treatment has been slammed by officials who disagree with the method and claim it's a way to promote the use of drugs among drugs users.

He urged the public to study the measures and encourage people who use substances to participate in harm reduction activities.

Listed as a Category 2 drug on the narcotics list, methadone has been used by health personnel to treat heroin and opioid addiction in Thailand since 2012.

Under the programme, methadone is prescribed by doctors under monitored, controlled conditions to people who have used heroin and opium.

With the treatment, they can take small steps to reduce the use of drugs over time, Mr Attaporn said. Some wean themselves off drugs altogether.

Methadone reduces drug use and related crime and can be effective for treating opioid and heroin addiction, he added.

"Our goals are to distract drug users from the illicit drug circle and come under the supervision of health personnel who are able to care for them and help them return to society," Mr Attaporn said.

He said many drug users who attend the programme have now turned their backs on methadone and opiate drugs, so now take no drugs at all.