Mara Patani, aka Majlis Syura Patani, has issued a statement on its Facebook page condemning the terrorist-type attack that killed four people including an 8-year-old boy. Abu Hafez Al-Hakim (centre) is the official spokesman for the group. (Photos FB/Mara-Patani-OfficialPage)

Mara Patani, an umbrella body of insurgent groups in the deep South, has spoken out from Kuala Lumpur, condemning a brutal attack in Narathiwat on Thursday which left four people including an eight-year-old boy dead, and denying any involvement.

The attack came shortly after Mara Patani and a government team of negotiators handling peace talks with the group agreed to set up safety zones in five districts in the three southernmost provinces.

Prime Minister Prayut Chan-o-cha earlier denied any connection between the attack in Narathiwat and the peace talks with the group.

The family of four were shot dead on their way to a school in Narathiwat's Rueso district on Thursday.

They were killed on a local road in Ban Dhamma Charoen of tambon Khok Sato about 7.40am.

Somchai Thongjan, 47, assistant head of Ban Sri Pinyo village, was driving his pickup truck and taking his two children to school when gunmen ambushed them.

Officials found more than 20 spent assault rifle cartridges and a pistol at the scene.

They suspect separatists were responsible for the attack.

A statement written in Bahasa Malaysia and placed on the "Mara Patani- OfficialPage" at Facebook was apparently signed by Abu Hafez Al-Hakim for the group. Mr Hafez also appeared in a Facebook video reading the statement. 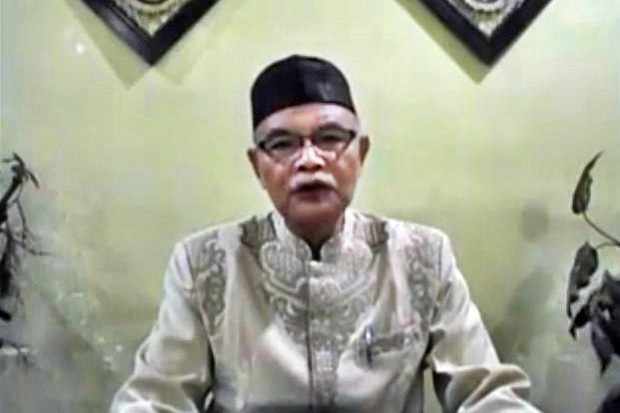 "We do not condone violence involving civilians and children, and strongly condemn the attack," it said.

"We express our condolences to the victims and their families. We call on the authorities to thoroughly investigate the incident and bring the perpetrators to justice.

"Majlis Syura Patani once again reaffirms its commitment to resolve the Patani conflict politically, through peaceful dialogue, and implement safe zones as a measure of protection to the public."

In the latest development, police say they suspect two groups of involvement in the attack.

One group came from outside Ban Dhamma Charoen village and the other lived in the village, police said. Plain-clothes police were closely monitoring the suspects.

Police said Somchai was devoted to helping residents and gained the full trust of both local Buddhists and Muslims, and this probably made him the target of the attack.

Kraisorn Wisitwong, deputy secretary-general of the Southern Border Provinces Administrative Centre, said Sunday he was still confident the peace talks were on the right track, and stressed it was necessary to boost local understanding of the peace process following the recent flare-up in violence.

Meanwhile, the Joint Working Group-Peace Dialogue Process on Southern Thailand (JWG-PDP) approved on Sunday a general framework for the implementation of the safety zones, a source said.

The JWG-PDP also agreed one of the five districts will be picked as a pilot for the safety plan before the remaining four zones are set up, the source said.

Government spokesman Sansern Kaewkamnerd said the government is going ahead with a plan to create a "triangle city model" in the three southern border provinces to improve people's quality of life there and push for economic growth of 2 billion baht or more in each province this year.

The "triangle city model" project will turn three districts in the far South -- Sungai Kolok in Narathiwat, Betong in Yala and Nong Chik in Pattani -- into models of sustainable economic development, while making them safer.

In Betong, the government is pushing for the construction of at least two community power generating plants using biomass renewable energy, diesel or hydropower.

New tourist attractions will be developed in connection with popular local dishes such as a Betong chicken village and a kueloh fish (phluang chompoo fish) village, aiming to attract 1.2 million tourists and generate revenue of at least 2.5 billion baht.

The government is preparing to open a new airport in Betong in early 2019.

In Nong Chik, the government has urged farmers expand their produce by growing rice along with oil palm or raising livestock.

It has launched a project to initiate small and medium enterprises to process agricultural produce. The intention is to make it a model city for advanced integrated farming industries.

The government has introduced an electronic system for use with immigration and customs offices. It is also considering introducing duty-free shops to spur trade.