China Southern Airlines will offer a new flight option from Bangkok to Mexico City, one that will significantly cut travel time between both ends. 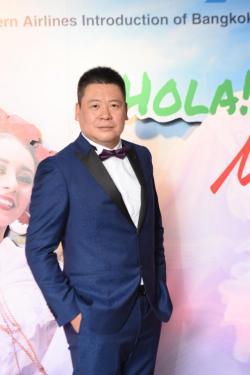 The airline, Asia's largest, said the shorter travel time -- 7-14 hours shorter than flights by other operators -- is possible with the launch of a new service to the Mexican capital on April 10.

The new route to Mexico City will originate from home base in Guangzhou with a layover in Vancouver (Canada) and be served by the Boeing 787-8 Dreamliner on a thrice-weekly basis.

Travellers can opt for one of five daily flights operated by China Southern's single-aisle aircraft (such as Airbus 320s and Boeing 737-800s) from Bangkok's Suvarnabhumi airport to the Guangzhou hub.

Cen Ling, China Southern's general manager for Thailand, told the Bangkok Post that the combined flight time from Bangkok to Mexico City will be 22.5 hours, or 26 hours when including layover time in Guangzhou and Vancouver.

That compares with anywhere from 33 to 40 hours on other airlines, he said.

China Southern is counting on traffic from Thailand to support the launch of the Mexican service, the first of its kind by a Chinese carrier.

Traffic between Thailand and Mexico is fairly small, with 2,500 Thais visiting the Latin American republic each year. Mexican visitors to Thailand number 25,000 annually, according to the Mexican embassy.

China Southern is offering a promotional round-trip fare between Bangkok and Mexico City on economy class starting at 35,730 baht, inclusive of VAT.