PATHUM THANI - A large number of explosives, weapons, rounds of ammunition and other items were seized during a raid on the house of red-shirt member Wutthipong “Ko Tee’’ Kochathammakun in Lam Luk Ka district on Saturday morning.

Mr Wuthipong was not there when a combined team of police and soldiers searched the two-storey house, which also serves as the office of Thai Max Group Co, run by the red-shirt leading member in this central province, at around 8am on Saturday.

The officers detained a man who was a caretaker of the house for questioning. The name of the caretaker was not revealed.

The items seized from the house in the 100-square-wah compound included several types of explosives, weapons, a passport and bank accounts.

For three years, Ko Tee, a hardcore red-shirt co-leader of the United Front for Democracy against Dictatorship (UDD), has not been living in the Pathum Thani house where he reportedly ran a community radio station. He has been on the run since the May 22, 2014 coup and was wanted on a number of charges, including lese majeste.

The seized items and the caretaker were handed over to Pol Lt Col Charnchol Promchana, investigation chief of Khu Khot police station for questioning.

Police will hold a media briefing on the raid later on Saturday. 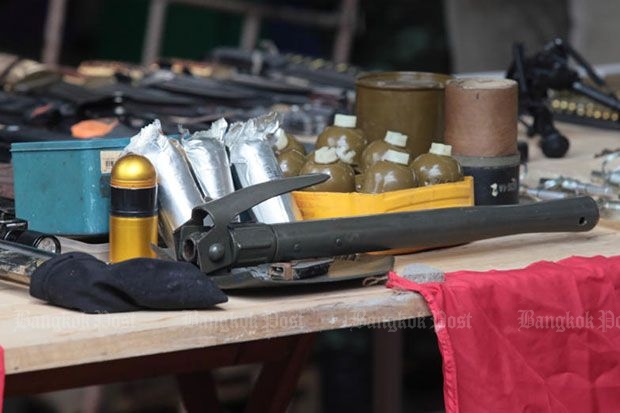 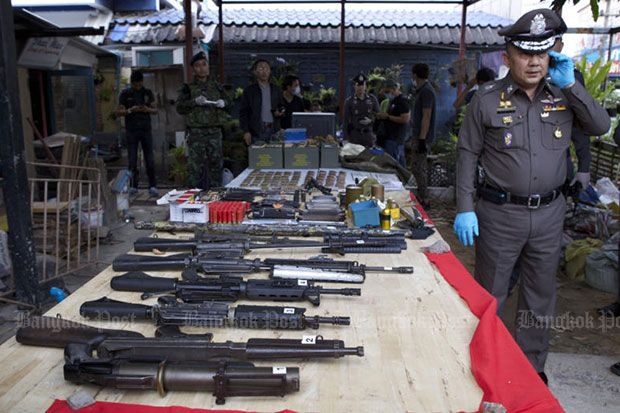 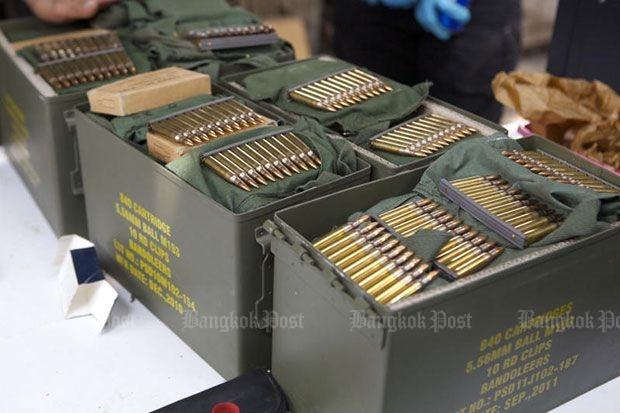 Vets to operate on wounded elephant