The head of the Office of the United Nations High Commissioner for Refugees (UNHCR), Filippo Grandi, will visit Thailand from March 27-30, Foreign Minister Don Pramudwinai said on Wednesday. 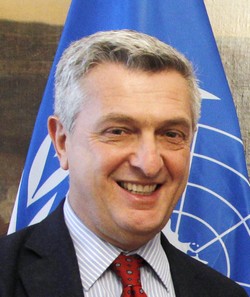 Issues to be discussed include displaced persons and migrants, naturalisation and promotion of the rights of stateless people in Thailand, and the repatriation of war refugees from Myanmar to their home country.

Thailand has so far returned 70 refugees to Myanmar under a voluntary repatriation programme, Mr Don said.