The Ferrari driver who allegedly slammed into a motorcycle cop, dragged him along the road and then sped away from the mangled body took just hours to find, as investigators followed a trail of brake fluid into the gated estate of one of Thailand's richest families.

But the prosecution of Red Bull heir Vorayudh "Boss" Yoovidhya has been delayed almost five years. When Vorayudh, 31, has been called in to face authorities, he hasn't shown up, claiming through his attorney that he's sick or out of the country on business. And while statutes of limitations run out on key charges this year, it's widely assumed he's hiding, possibly abroad, or quietly living locally, only going out in disguise.

Within weeks of the accident, The Associated Press has found, Vorayudh was back to enjoying his family's jet-set life, largely associated with the Red Bull brand, an energy drink company co-founded by his grandfather. He flies around the world on Red Bull jets, cheers their Formula One racing team from Red Bull's VIP seats and keeps a black Porsche Carrera in London with a custom plate: B055 RBR. Boss Red Bull Racing.

And he's not hard to find.

Last month, social media clues led AP reporters to Vorayudh in the sacred city of Luang Prabang, Laos, where he and his family enjoyed a $1,000-a-night resort, visited temples and lounged by the pool.

Critics say inaction in this case epitomises long-standing privilege for the wealthy class in Thailand, a politically tumultuous country that has struggled with rule of law for decades.

The Yoovidhya family attorney did not respond to AP's request to interview Vorayudh. Police say Vorayudh is once again on notice to show up and hear the charges.

He's due at the prosecutors' office this Thursday.

Vorayudh and his siblings grew up in a private, extended family whose fortune expanded from millions to billions. His brother is nicknamed Porsche, his sister Champagne. Vorayudh received a British education at a $40,000-a-year boarding school.

In rural Thailand, Pol Sgt Maj Wichean Glanprasert didn't have such opportunities, but he was ambitious. The youngest of five, he was the first to leave their coconut and palm farm for the city, the first to get a government job, to graduate from college. He paid for his parents' medical care and supported a sister through cancer. He had no children, but planned to put his brother's kids through college.

Their lives collided pre-dawn on Sept. 3, 2012, when Vorayudh's Ferrari roared down Sukhumvit Road, one of Bangkok's main drags. The bloody accident scene made national headlines for days.

The policeman's family grieved, but they figured at least there would be justice. Wichean was a police officer. Certainly the system would hold his killer responsible.

"At first I thought they'd follow a legal process," said his brother Pornanan.

Now he's not so sure.

"We will not let this police officer die without justice. Believe me," said Metropolitan Police Bureau chief Pol Lt Gen Kamronwit Thoopkrachang in the days after the accident.

As the case unfolded, the Yoovidhya family attorney said Vorayudh left the scene not to flee, but to tell his father. Vorayudh's blood alcohol levels were high because he drank once he got home to settle his nerves, said the attorney.

Pol Sgt Maj Wichean's family accepted a settlement, about $100,000. In turn, they promised not to press criminal charges.

"Blood money," says Pornanan, whose share sits in the bank.

Meanwhile, Vorayudh failed to show up when ordered to face criminal charges of speeding, hit-and-run, and deadly, reckless driving. Police say Vorayudh disputes the reckless-driving charge, claiming the officer swerved in front of him. The speeding charge expired after a year. The more serious charge of hit-and-run, which police say carries a penalty of up to six months in jail, expires in September. 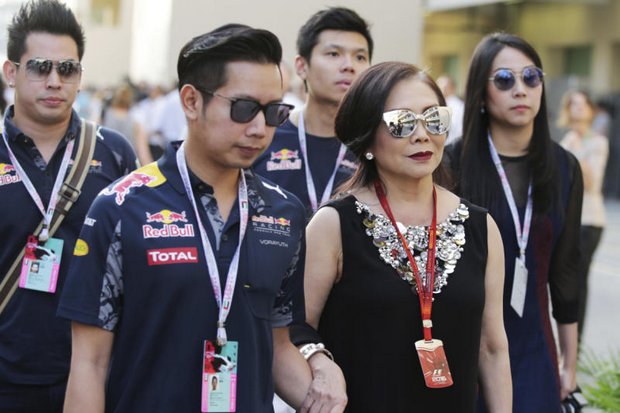 Above: Vorayudh and his mother Daranee attended last year's Formula 1 Grand Prix in Abu Dhabi. Below, the pair are seen at the British Formula 1 Grand Prix at Silverstone, England, in 2013, the year after Vorayudh's Ferrari crushed, dragged and killed Pol Sgt Maj Wichean Glanprasert. 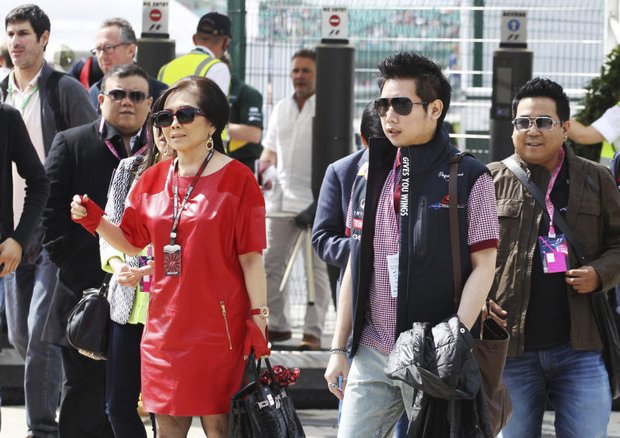 Police say it's up to prosecutors to charge him. Prosecutors say extra investigation is needed, but wouldn't specify.

Thammasat University law professor Pokpong Srisanit said the situation is "not normal" but does appear legal.

Last year the Bangkok Post said that after paying the settlement in 2012, Vorayudh "has been out of the country or otherwise unable to answer the criminal case against him in the years since."

A few weeks after the article appeared, a photo of Vorayudh was posted online. He was on the beach at a seaside resort south of Bangkok.

While Vorayudh's case has been on hold since 2012, his carefree lifestyle has not.

His lifestyle - soaking in an Abu Dhabi pool, dining in Nice, France, holding a $10,000 bicycle in Bangkok - is supported by his family's billions.

Vorayudh's grandfather, Chaleo Yoovidhya, was known as a modest, private man who grew up in poverty, the son of a duck seller.

Red Bull is now sold in 170 countries. It has its own media company, race cars and jets, and sponsors concerts and extreme athletes. Forbes estimates Vorayudh's father Chalerm Yoovidhya's net worth at $9.7 billion.

In 2010, a 16-year-old unlicensed daughter of a former military officer crashed her sedan into a van, killing nine people. The teen, from an affluent family, was given a two-year suspended sentence and had misunderstandings that postponed her community service until last year.

Her case, and others involving what the local press calls "Bangkok's deadly rich kids," are handled markedly different than most deadly car crashes, in which Thais are typically arrested, prosecuted and sentenced to jail. 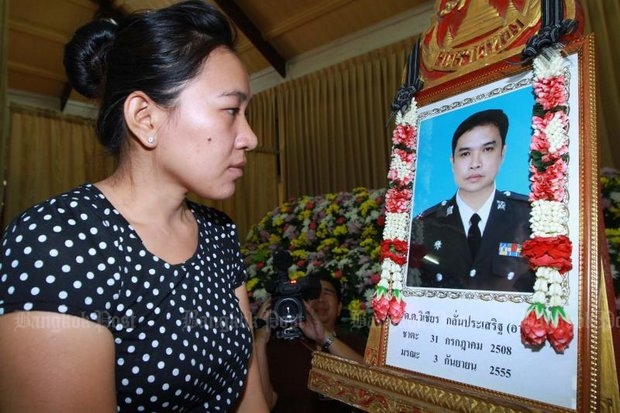 "Snow snow snow," chimes in another.

COPENHAGEN - Scientists in Greenland announced Wednesday they had found DNA dating back two million years -- the oldest ever extracted -- in sediment from the Ice Age, opening a new chapter in paleogenetics.

LIMA - Peru's President Pedro Castillo on Wednesday dissolved Congress and said he would rule by decree, in a move slammed as a "coup" just hours before a debate was due over his impeachment.