Just 32 years old, Vorayuth "Boss" Yoovidhya leads a hectic, globe-trotting life. You have to understand that he can't just be on hand every time prosecutors want to get his views about his connection to the hit-and-run killing by his Ferrari more than four years ago. In fact, he has missed eight appointments in the past year.

On Thursday, neither he nor his lawyers could make it to the office of the Attorney-General, but they sent along a "regrets" notice. Just two days before, international press organisations explained just why Mr Vorayuth was too busy to attend. The Associated Press tracked him on social media, and he's a veritable whirling dervish of busyness.

He's going snowboarding, needs to get the Porsche at his London residence cleaned (customised licence BOSSrbr, meaning Red Bull Racing), his hair needs re-spiking and the Shanghai Grand Prix is this week; how the hell does one fit a mere Attorney-General into vital, long-planned business like that? 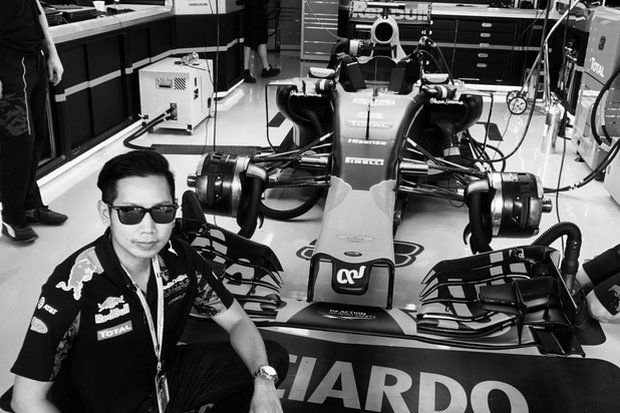 Once again, the image of Thailand took an enormous hit, worldwide. Once again, the government that thinks anti-energy protesters are giving Thailand a bad name had nothing to say. The general prime minister, king of the Section 44s, said nothing.

His namesake at the OAG, deputy spokesman Prayuth Phetkhun, quipped and jested like it was already April 1. "We are aware of the urgency to deliver justice", he joked. And, "In principle, we will certainly carry the case through before charges expire". "In principle", get it?

But seriously, this case actually sets no time record. The current record to beat in The People vs Money and Influence is the state's case against yellow-shirt founder Sondhi Limthongkul, Maj Gen Chamlong Srimuang and a slew of alleged conspirators. Charged with a long list of crimes, they have been awaiting trial for exactly 100 months today -- 3,042 days, or about twice as long as Mr Vorayuth has been cooling his heels.

When she was the head of the Tourism Authority of Thailand, she blatantly sold her agency's Bangkok International Film Festival to an American couple for less than US$2 million.

Juthamas and her money-laundering daughter flaunted the corruption, built a gorgeous mansion on the proceeds. Prosecutors took from 2003 to last Wednesday, 14 years, to hear the judge sentence mother and daughter to 66 and 44 years, respectively.

Then for good measure the Appeal Court declared them a flight risk and ordered them kept behind bars, no bail. The National Anti-Corruption Commission has threatened to freeze their ill-got gains, but then the NACC has made lots of threats. Threats are cheap; slamming the Grey Bar Hotel doors shut on an LL (leveraged lady) is the real deal. 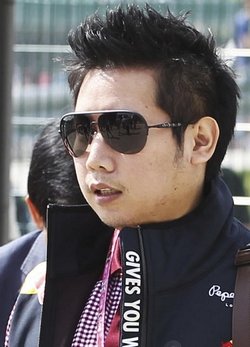 NACC threats have included bringing charges against the policeman who tried to blame Mr Yongyuth's servant for being the Ferrari driver. Few shiver in apprehension upon hearing "NACC".

But let's look at the other end of this scale of political power and money. A separate prominent case wrapped up in Criminal Court on Thursday. It involved local power, which is often even more intimidating than national power.

Village chief Krittidech Rawengwan, a local "influential figure" in Kalasin province, tried to use his local power to delay or avoid arrest for the rape and murder of 18-year-old Ruadeewan Polprasit on Dec 23, 2015. He is now on Death Row after an investigation and trial that took a year and three months, a total of 463 days.

So justice does occur. It just doesn't occur every time.

It probably means nothing ... well, so far rather obviously it has meant nothing but before Attorney-General Pongniwat Yuthapanboripan became the A-G in June, 2015, he had a great record as chief prosecutor of the OAG.

It seems obvious the prosecutors assigned so far have been pretty cautious about pursuing Mr Vorayuth, although some would use a different word than "cautious".

Another kiss-off of the prosecutors by Mr Vorayuth and his lawyers, another date set for them to come in and discuss just how Pol Snr Sgt Maj Wichian Klanprasert got caught under, and dragged by, Mr Vorayuth's Ferrari -- to death. That will be April 27, when his mother and the billionaire members of the Yoovidhya family lose their face again to protect the accused Red Bull killer.

There are plenty of honourable families who respect the law, and there are lots of honourable people who take responsibility for their actions. Just none of them live at the compound at the end of Sukhumvit Soi 51.