From left, ex-Bangkok journalist Andrew MacGregor Marshall, historian Somsak Jeamteerasakul, academic Pavin Chachavalpongpun. Online contact with any of them could result in charges under the Computer Crime Act. (Photos via Facebook)

Authorities have declared it illegal to exchange information on the internet with three prominent government critics wanted on charges of lese majeste.

A letter from the Ministry of Digital Economy and Society reported Wednesday at the website of Thai Rath newspaper, and then confirmed by others, requested all citizens not to follow, contact, share or engage in any other activity that would result in sharing information with the three persons.

The letter says people who spread such information, directly or indirectly, could be violating the country's Computer Crime Act, even unintentionally. This could result in a prison sentence of up to 15 years for each contact.

The reason for the letter is not known. All three critics left Thailand years ago, and all are known to be wanted on charges of lese majeste. At least a dozen expatriate Thais are wanted on lese majeste charges, in addition to these three. 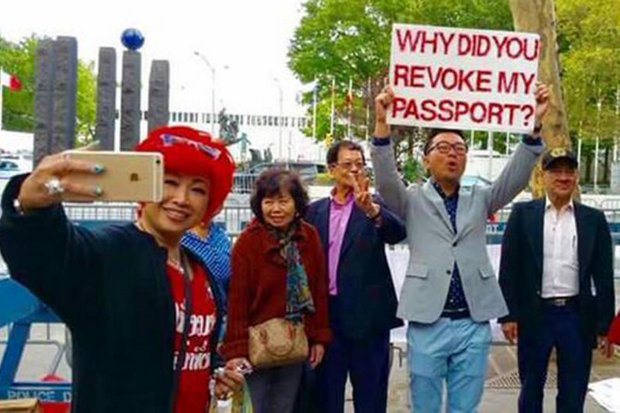 Pavin Chachavalpongpun (holding sign) and other activists were seen at UN headquarters in New York to denounce the visit of Prime Minister Prayut Chan-o-cha in September, 2015. A copy of the government's letter is below. 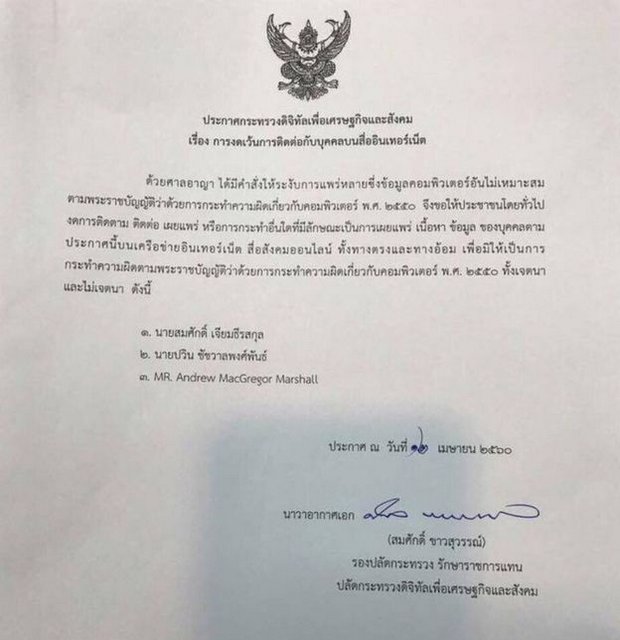