A trailer carrying chemicals hit a mobile crane and plunged into the ditch on Phahon Yothin Highway in Wang Noi district, Ayutthaya, on Monday. The drivers were slightly injured. (Photo by Sunthon Pongpao)

Songkran road accidents killed 335 people and injured 3,506 others from April 11-16, with the highest number of accidents and injuries in Chiang Mai province and the biggest death toll in Nakhon Ratchasima.

The Road Safety Directing Centre of the Interior Ministry reported the figures on Monday.

The northern province of Chiang Mai showed the highest number of accidents at 153 and the biggest number of injured people at 160. The provincial highest death toll was in the Northeast's Nakhon Ratchima, at 17.

On April 16 alone, 403 traffic accidents killed 44 and injured 427 people. The most common cause of the accidents on Sunday was drink-driving (38%), followed by speeding.

Eighty-two percent of the accidents involved motorcycles and 8% pickup trucks. 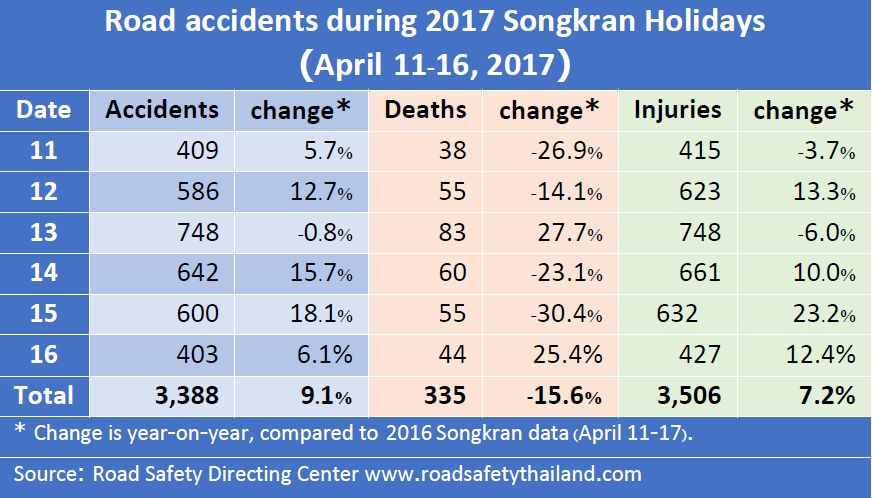 The Public Health Ministry has set up an emergency operations centre to monitor the spread of the monkeypox virus, which has caused over 100 confirmed cases in at least 12 countries to date.