The final road toll from the week-long Songkran holiday period was 390 deaths (down 12% on last year) and 3,808 injured in 3,690 accidents, and 7,512 vehicles impounded from drink-drivers.

The figures for April 11 to 17 this year were released by interior permanent secretary Grisada Boonrach on Tuesday.

Mr Grisada attributed the fall in the death toll from last year to the government's campaign enforcing the use of seat belts and against Songkran revellers sitting in the trays of pickup trucks.

The highest death toll was in Nakhon Ratchasima province, with 17. Udon Thani reported the highest number of injured (168) and accidents (161).

Deputy Prime Minister and Defence Minister Prawit Wongsuwon said more than 200,000 officials had manned about 25,000 checkpoints nationwide during the seven-day road safety campaign. Although the death toll was down on 2016, the number of traffic accidents did not fall because too many drivers still drank alcohol.

In a bid to curb the number of accidents and fatalities, officials had impounded 7,512 vehicles, including 5,677 motorcycles, from drink-drivers, Gen Prawit said. 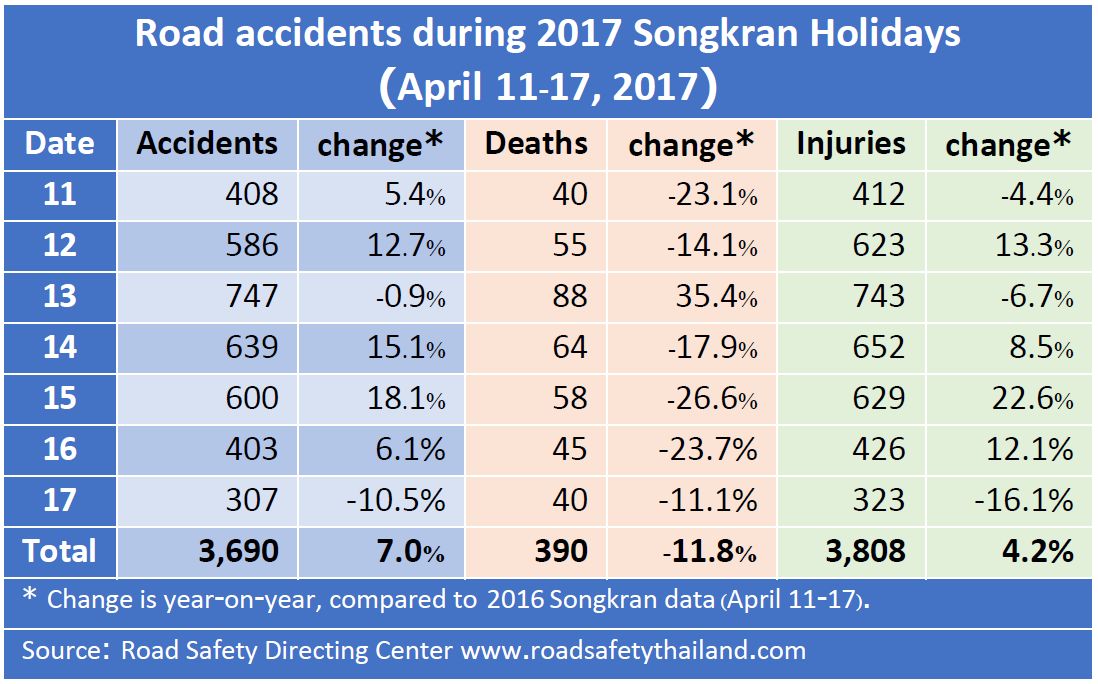 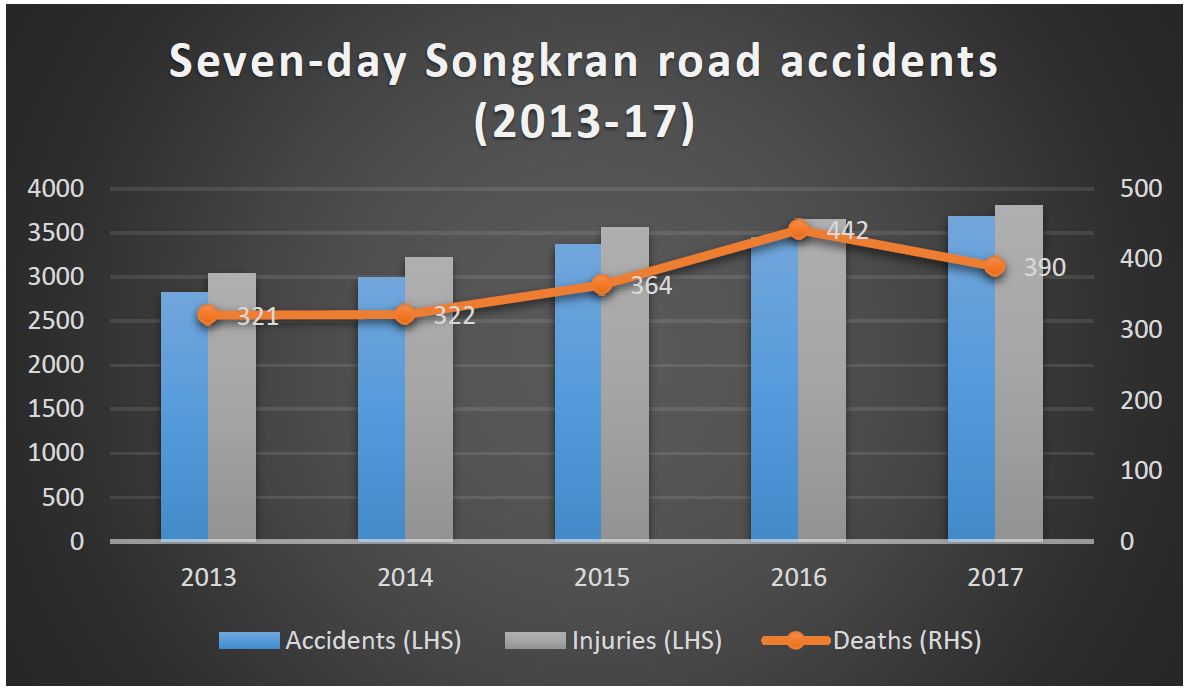