The logos are seen on the controversial Garuda model before their removal was ordered. (Photos from a Facebook page of the Public Relations Department)

The Fine Arts Department has its sculptor remove Apple, Facebook and Google logos from its clay model of a standing Garuda statue for the royal cremation of King Bhumibol.

The move came after strong criticisms by social media users after the Public Relations Department showed the pictures of the two-metre-tall Garuda model with Apple, Facebook and Google logos on its wings and buckle.

Critics said putting the logos on the sculpture were inappropriate and could be an insult to the late king.

The department stated on Wednesday that the logos had already been erased from the model because they were not related to traditional beliefs and the purpose of the construction of the royal crematorium.

The removal was intended to ensure that sculptures decorating the royal crematorium would comply with royal traditions and represent the greatest honour for the late King, the department stated.

Its sculptor had added the social media logos to represent the period of Thai society. The construction of the Garuda statue was in the process of shaping and the design had not been approved by the director-general of the department as required, the department stated.

Its sculptor Pitak Chalermlao of the Office of Traditional Arts said on Facebook that the logos were meant to represent the modern and universal knowledge of King Bhumibol.

He apologised if his design offended people and thanked for the comments.

Garuda is a mythical creature and has been a symbol related to Thai kings because it is the mount of God Narayana and Thai kings are traditionally believed to be the avatars of the god.

The mythical creature is believed to take the late Kings back to heaven. 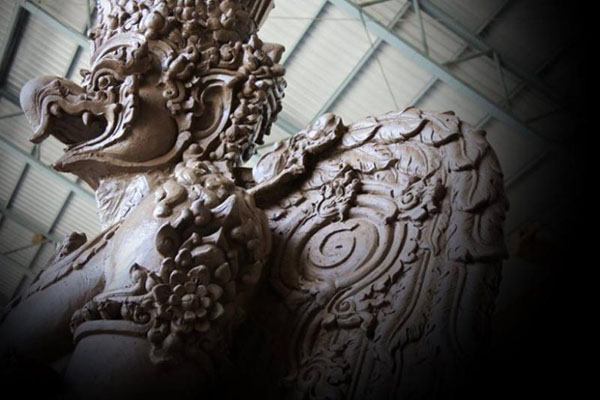 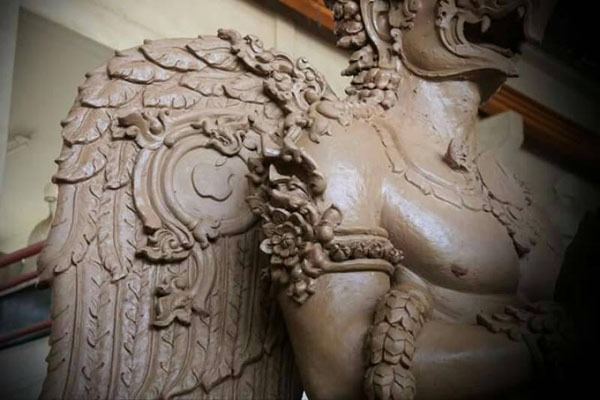 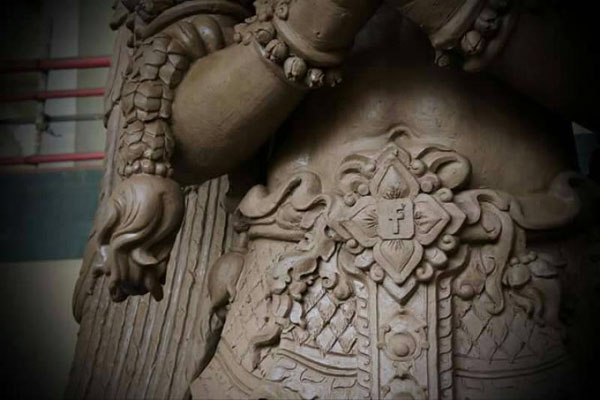