NAKHON RATCHASIMA: The driver of a fuel tanker is in critical condition in hospital after the vehicle overturned and burst into flames on a bridge in Sikhiu district on Saturday.

The trailer truck, carrying 30,000 litres of ethanol, overturned on the Sikhiu-Dan Khun Thot elevated bridge on Mittraparp Road at 6.15am, said police.

The tanker suddenly exploded and burst into flames. Driver Jakkrapop Thamrongrat, 55, tried to flee but he was badly burned. Rescue workers took him a nearby hospital.

Fire trucks were deployed to the scene to combat the fire, which was later brought under control.

Police said the tanker, belonging to Mae Sot Logistics Solutions Co, left Chaiyaphum and was on the way to deliver ethanol to Saraburi when the driver lost control at a curve on the bridge. The tanker then hit the edge of the bridge, overturned and quickly caught fire.

Mr Jakkrapop's condition was critical and he was later transferred to Maharat Nakhon Ratchasima Hospital. 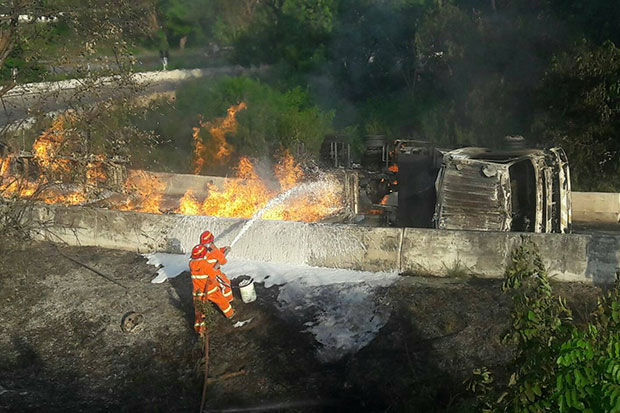 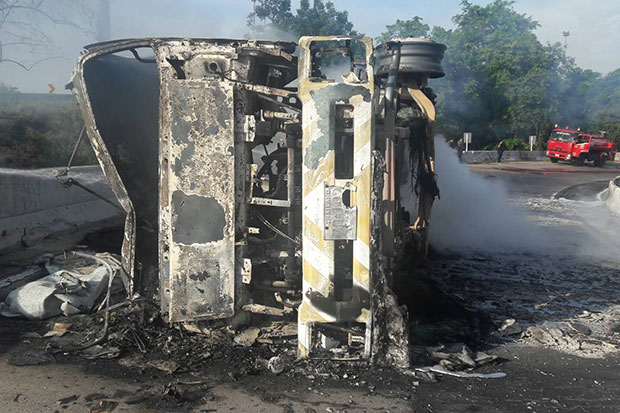 A charred hulk is all that remains of the tanker that caught fire in Korat. (Photo by Prasit Tangprasert)

A large majority of people are not surprised by Chadchart Sittipunt's election as Bangkok governor, with some it may diminish the government's popularity, according to the result of an opinion survey by the National Institute of Development Administration, or Nida Poll.