Jonathon Moorby, arrested last year in Cleveland, England, is shown with police photos of cocaine and amphetamine tablets seized when he was initially arrested in 2012. He was reportedly sentenced in absentia in December, 2014, to 15 years in prison after he absconded, and wound up in Thailand. (Photos via GazetteLive)

Surat Thani: Police have arrested a British drug trafficking suspect wanted under a warrant in his home country for trafficking cocaine in Thailand.

Drug lord suspect Jonathan Michael Moorby, 45, fled England before his trial, which found him guilty in absentia of trafficking cocaine and amphetamines, including cocaine by the kilogramme to Thailand.

Officers from Koh Samui police station and the Narcotics Suppression Bureau on Monday afternoon took a speed boat from Koh Samui to nearby Koh Mudsum and arrested drug lord suspect Jonathan Michael Moorby, 45, who had fled to the smaller island.

Thai police were earlier contacted by UK authorities and Interpol to help track down Mr Moorby who is wanted under a UK warrant for drug trafficking, said Pol Maj Gen Apichart.

According to their investigation, police discovered Mr Moorby was staying on Koh Samui.

They received a tip-off that his son would travel to Thailand to pay him a visit, so police followed the son on Koh Samui and he led them to Mr Moorby's rented room at a hotel.

However, the son did not find Mr Moorby at the hotel and police discovered the fugitive Briton had rented a boat to go to nearby Koh Mudsum. Police later arrested Mr Moorby at a resort on the island.

Pol Maj Gen Apichart said the Belgian passport belonging to Mr Wouters had been reported lost in Thailand. Mr Moorby allegedly told police that he bought the passport from an underground network in the South for one million baht. 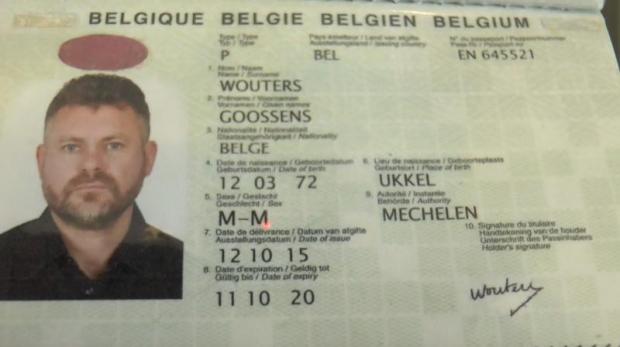