The army's arms deal plan with China follows the controversial submarine procurement project by the Royal Thai Navy which last Friday finalised the contract for the first S26T Yuan-class submarine worth 13.5 billion baht.

According to Gen Chalermchai, the army has proposed the procurement of VN-1 armoured vehicles to the Defence Ministry for further submission to the cabinet for approval.

The VN-1 will join the almost 200 Ukraine-manufactured BTR-3E1 armoured vehicles currently in service with infantry units.

If the procurement is approved, it will mark the first time the army will have Chinese-made armoured vehicles in service.

Gen Chalermchai said the army panel set up to consider the armoured vehicle purchase picked China as the preferred contractor over other candidates including Russia and Ukraine.

The Defence Ministry recently unveiled a plan to build a production and maintenance facility for Chinese weapons in Thailand.

The plan, which is expected to be finalised by July, aims to provide a maintenance depot for Chinese weapons sold to Thailand as well as build spare parts for armoured vehicles.

As for the procurement of VT-4 battle tanks, Gen Chalermchai said the planned purchase of 11 more tanks is expected to proceed soon. 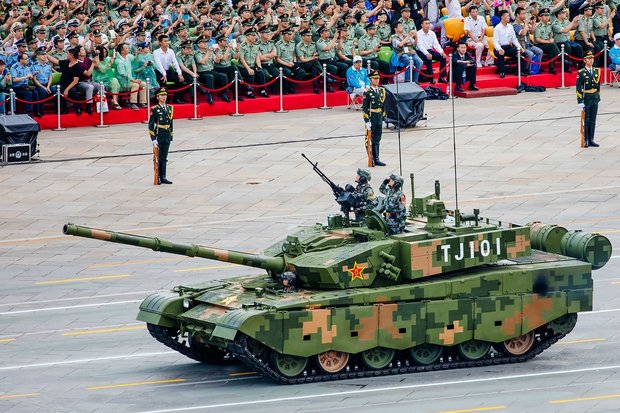 The purchase is the third phase of the army's battle tank procurement scheme which is for a full battalion of 49 tanks to replace the ageing M41 tanks which were procured in 1962.

Of the 272 M41 tanks, about 100 remain in service and are scattered over all four army regions.

Gen Chalermchai said the first lot of 28 tanks is expected to be delivered this year.

According to the army chief, the army's tank procurement panel decided to go for the Chinese-made tanks following the slow delivery of the Ukraine-made T84 Oplot tanks.

Ukraine was contracted to supply T84 Oplot tanks in 2011, but it was slow to press ahead with production and delivery due to security problems in that country, which upset the deal.

The army ordered 48 Oplot tanks, but it only received 20.

Gen Chalermchai said the army is expected to receive another five soon and insisted that a full battalion of the Ukrainian tanks would be procured by the army.

He admitted he did not know how long it would take for the battalion of Ukrainian tanks to be fully deployed.

The army chief discussed the army's arms procurement as he observed an exercise by the 2nd Cavalry Division under the national defence plan in Lop Buri.