Half of more than 8,000 buildings and structures along the Chao Phraya River will be removed in five years to allow higher water flow capacity aimed at reducing the impact of flooding in nearby areas, according to the Royal Irrigation Department. 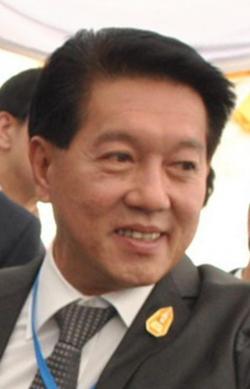 Somkiat Prajamwong, the department's deputy director-general, said staff have been working closely with other state agencies to deal with structures built on the river which have now become water-flow barriers hindering water drainage to the sea. Many of them include houses which were illegally built on the river and other unnecessary construction such as bridges and piers.

He said the heavy floods which hit the southern region recently are an example of problems incurred by objects which encroach on waterways and become water flow barriers. At the time, authorities found at least 111 barriers blocking waterways, causing huge floods.

Mr Somkiat said that in the lower Chao Phraya Basin from Chai Nat, Sing Buri, Ayutthaya, and Pathum Thani to Bangkok, there are 3,152 barriers on the west side of the river and 5,290 barriers on the east side.

"We plan to clear at least half of them in the next five years," he said, adding the Royal Irrigation Department will seek cooperation from state other agencies, including the Ministry of Social Development and Human Security, to prepare new housing for those who have to move from encroached areas.

The department has run a successful model in the Rangsit area of Pathum Thani, he said, adding the department was able to move a number of families living along and encroaching on waterways including Khlong Rangsit.

Lertviroj Kowattana, Agriculture and Cooperatives Ministry's deputy permanent-secretary, said Prime Minister Prayut Chan-o-cha has ordered the Royal Irrigation Department to extend the national irrigation plan from 12 years to 20 years, between 2017 and 2036. The removal of waterflow barriers was not a focus in the previous plan but it would get a prominent place in the new one.

Under the revised plan, projects of other agencies, including the Interior Ministry and Transport Ministry, will be integrated for better management of water flow.

According to the 20-year irrigation plan, the department will expand the irrigation zone by 18 million rai from 30.2 million rai by 2036 which will result in additional water allocation to farm areas of 13.2 billion cubic metres. More than 7.4 million families will benefit from the plan which will have a total investment cost of 3.3 trillion baht over the next 20 years. The projects include building more water storage facilities and water retention areas as well as restoring water resources nationwide.

Meanwhile, Somkiet Siripitukdet, director of the Towns and Country Plan Engineering Bureau, the Department of Public Works and Town & Country Planning, said the department has put more focus on the water drainage system for better water flow management during heavy rains. City planning for water drainage will be implemented in each province, while water flow areas will be protected with curbs on development. Some space needs to be kept aside for water retention zones. The plan would go for cabinet approval shortly.