Property tycoon Anant Asavabhokin of SET-listed Land & Houses Plc, long subject of rumours surrounding his Phra Wat Dhammakaya ties, has been fingered by the DSI as a suspect in money laundering for the scandal-ridden religious sect. (Photo by Khomsiri Nanhna)

It also issued a public statement summonsing Mr Anant, who serves as chairman of Land & Houses Plc, a developer listed on the Stock Exchange of Thailand.

But in private messages sent to the Bangkok Post via the popular messaging app WhatsApp, Mr Anant said he was "puzzled" that the DSI issued the summons as a public announcement rather than contacting him directly.

He said he has never been questioned by public prosecutors about the case despite the DSI earlier expressing its desire to speak with him. Mr Anant did not expect his business would be negatively affected.

His comments come after DSI chief Paisit Wongmuang said on Thursday that the tycoon had been summoned to appear before the DSI on June 7. Mr Anant will be charged with money laundering in connection with the 13-billion-baht KCUC case, Pol Col Paisit said.

Mr Anant is among eight individuals and groups linked to the case, Pol Col Paisit said. The DSI already has sufficient evidence to file some charges, he added.

The Anti-Corruption Organisation of Thailand (ACT) which supposedly monitors and exposes graft within its Big Business ranks, has consistently remained silent as the embezzlement-religious sect scandal has slowly enveloped Mr Anant and his daughter Alisa.

"The DSI is in the process of seeking additional evidence to bring charges against the rest of those involved," Pol Col Paisit said.

He said the case was being conducted in a fair and transparent manner, overseen by a committee featuring public prosecutors.

"We aren't singling out any individuals, but we will deal with anyone the evidence shows was involved," he said, adding that officers were keen to hear Mr Anant and other suspects' side of the story. 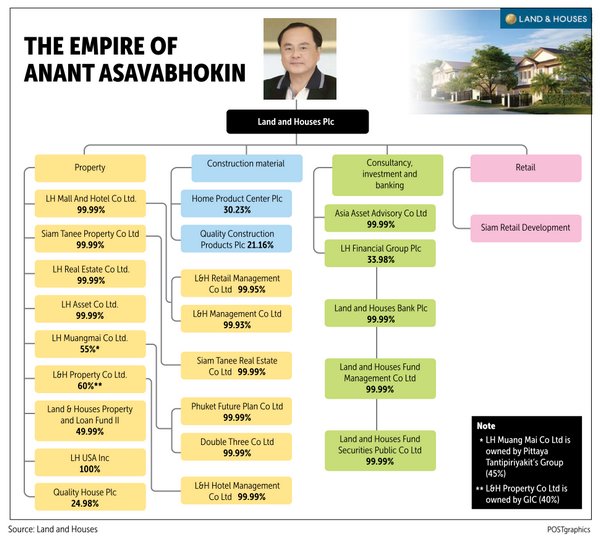 Supachai Srisupa-aksorn, former chairman of the KCUC, is the centre of the embezzlement scandal. He is currently serving time after the Criminal Court sentenced him in March last year to 16 years in jail after he admitted to siphoning funds from KCUC accounts in 2013.

Now Mr Anant is suspected of conspiring to launder money through a scheme where the land would be donated to Wat Phra Dhammakaya but fall under Mr Anant's ownership, Pol Col Paisit said.

"Investigators have to examine the money trail further to determine whether the [KCUC] money was actually used to pay for the land," he said.

The land was later found to have been sold to Pradit Phataraprasit, the former deputy finance minister. Pol Col Paisit said the deal was handled by the new KCUC board.

The DSI cannot seize the land, which is subject to an injunction issued by the Civil Court, so it can still be sold, the DSI chief noted.

According to a DSI source, investigators found Supachai signed several cheques worth a total of 275 million baht drawn from the KCUC to buy shares in M-Home STV 2 Co in a bid to take over the business, as well as to purchase the 46 rai of land.

The company's administration later came under the KCUC's supervision with Supachai's associates sitting on the firm's board, the source said.

The appraised value of the land at the time was 281 million baht, the source said, adding that no evidence had been found showing Mr Anant paid money to the firm.

Mr Anant later resold the land for 492 million baht, 303 million baht of which was found to have been donated to the Chan Khonnokyoong Foundation, the source said. The foundation was overseen by founder Phra Dhammajayo, the former abbot at Wat Dhammakaya.

The DSI also found evidence showing that Supachai planned at one point to donate the 46 rai of land to Phra Dhammajayo, the source said. 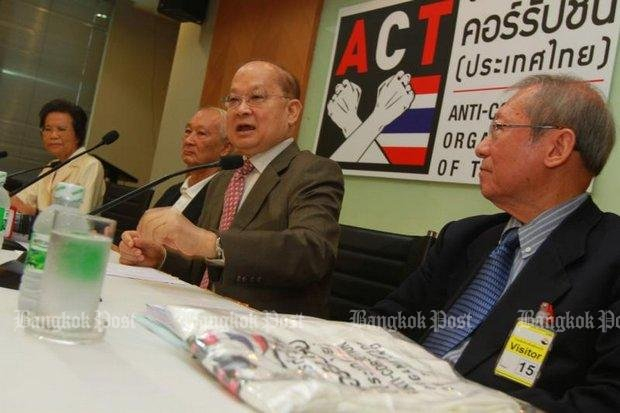 When Mr Anant purchased the land on Dec 23, 2011, Supachai wrote a letter showing his intention to give the land as a gift to the monk despite allowing Mr Anant to retain ownership of it, the source added.

Phra Dhammajayo is still on the run. He is wanted on charges of money laundering, receiving stolen assets and forest encroachment.

Pol Col Paisit said people have supplied information on the monk's whereabouts but authorities have failed to locate him.

More arrest warrants could be issued against the former abbot as police have found substantial evidence linking him to the forest encroachment via the temple's meditation centres in some provinces, he said, adding that over 10 offences were reported.