A small section of the Mae La refugee camp in Tak province. The camp has been home to thousands of Myanmar refugees since 1984. (Creative Commons via Wikipedia)

LONDON - The number of recorded suicides and attempted suicides has soared at the Mae La refugee camp in Tak province, Thailand's largest camp for refugees from Myanmar.

The International Organisation for Migration on Monday called for urgent action to treat high levels of distress.

Twenty-eight refugees in Mae La camp have killed themselves and 66 have attempted suicide in the last two years, more than three times the global suicide rate, according to an IOM study published to mark World Refugee Day on Tuesday.

The Mae La camp, established in 1984, holds an estimated 50,000 Myanmar citizens, although its popular ebbs and flows according to developments inside the neighbouring country. It is by far the largest of nine camps along the Thai-Myanmar border and maintained by Thai authorities.

"The number of suicides is very alarming, and we urgently need to address this," said Harry Smith, IOM's project officer in Thailand.

"There is a high level of distress in the camps which results from myriad reasons including lack of freedom of movement, uncertainty about the future, economic hardship and a lack of educational opportunities."

Mae La is the largest of nine refugee camps along the Thai­Myanmar border which are home to about 100,000 people. Many have spent their entire lives in the camps in what is one of Asia's most protracted refugee crises.

There were 14 suicides in Mae La in the last year compared to one in the period June 2014 to May 2015. But the IOM said the jump could be due to a change in data collection.

Men under 50 were most at risk, but one child had also taken his life and three had tried to.

Nearly four in 10 deaths were from drinking weed-killer which is widely available in the camps where residents grow food.

Family problems were a factor in nearly half of suicides. Alcohol and substance abuse played a role in more than a third.

It also suggested deploying a psychiatrist and a counsellor with expertise on suicide in the camp, and limiting access to herbicides. 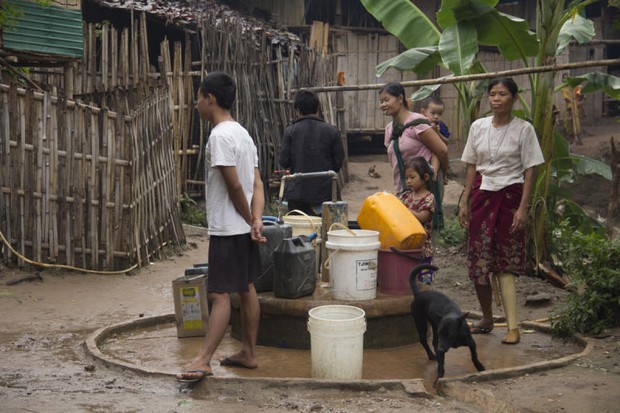 Refugees in the camps are feeling increasingly uncertain of their future amid a fall in resettlement to third countries and a decrease in support from the international community.

Most are ethnic Karen from eastern Myanmar who fled conflict and often persecution during decades of military rule.

But Smith said many refugees were not confident of security if they returned, and worried about a lack of jobs and their children's education.