Netanel Hadad, 34, is arrested during a raid on a Koh Samui medical clinic that authorities said was operating illegally. (Photo by Supapong Chaolan)

SURAT THANI: An Israeli man has been arrested and ammunition seized during a raid on a medical clinic that police say was also a hangout for gangsters on Koh Samui.

A team of soldiers, police and public health officials raided the Doctor Sam clinic in tambon Bo Phut on Friday evening following a complaint that a gang of Israeli nationals who gathered there were demanding protection fees from foreigners running businesses on the tourist island.

Netanel Hadad, 34, an Israeli national, was arrested on the premises when officers went to search the venue. Medicines and other medical equipment were found inside and seized for examination. 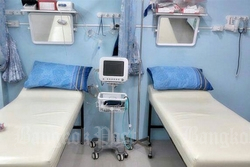 The Doctor Sam clinic in Bo Phut offered free treatment and was supported by donations.

Authorities said that only Israeli nationals worked at the five-bed clinic, which did not employ any Thai staff. They are investigating whether Mr Hadad had any medical training.

Mr Hadad told police that he rented the building to operate the clinic to provide medical treatment to compatriots who were injured in road accidents or suffering from illnesses. Treatment was free of charge but the clinic received donations, he added.

He said he also did other volunteer work, helping injured tourists and assisting police as an interpreter.

He claimed that the weapons seized in his clinic did not belong to him and he did not know who owned them. He said he had only a BB gun.

Police initially pressed charges of illegally operating a clinic and possessing ammunition and communication radios without permission. Public health officials plan to examine the medicines and other medical equipment.

Earlier, a foreigner living on the island had given police a video clip and images of men he claimed to be Israeli gangsters demanding protection money from foreign business operators on the island.

The men, some of them said to be from Chon Buri, were known as influential figures who intimidated other foreigners on the island, according to the victim. 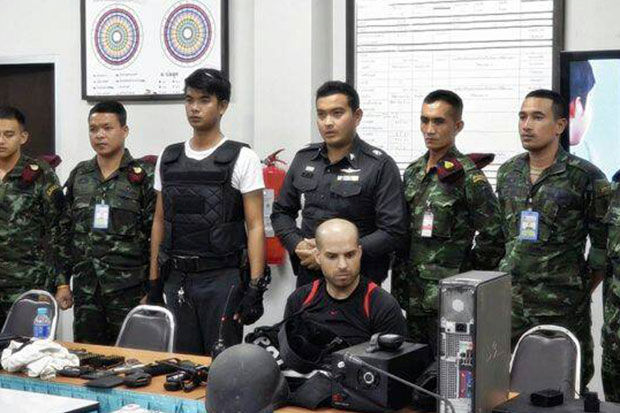 Officers stand behind Netanel Hadad, 34, following his arrest at a clinic on Koh Samui where numerous weapons were also found. (Photo by Supapong Chaolan) 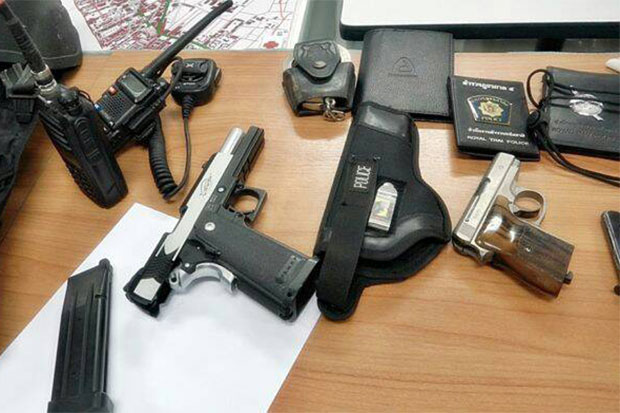