A Thai army general was one of the most prominent figures found guilty Wednesday in a major human trafficking trial that included more than 103 defendants accused of involvement in a modern-day slavery trade.

All the defendants were charged with human trafficking and pleaded not guilty.

A judge at Bangkok Criminal Court said he was also guilty of complicity in a "transnational organised crime" network and "worked with others to facilitate human trafficking". 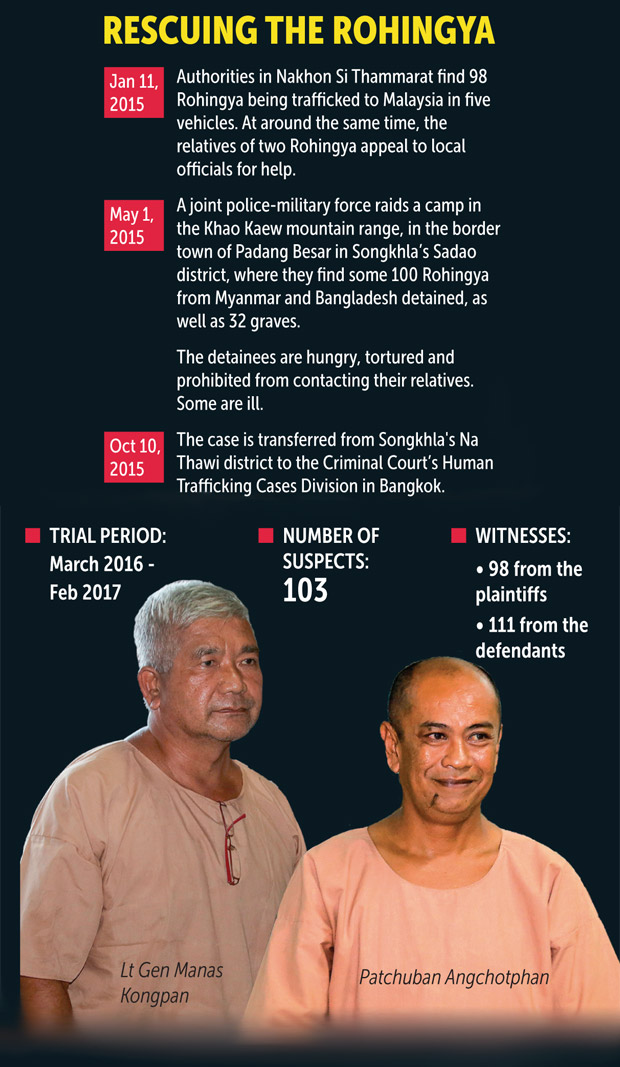 Manas was singled out because of his rank and position as a senior officer of the Internal Security Operations Command (Isoc) in the South. His offences involved trafficking and taking bribes in cases involving migrants from Myanmar and Bangladesh that have been likened to a modern-day slave trade. 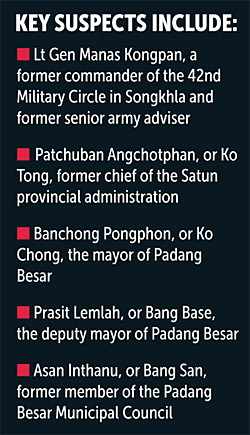 The court noted that Manas, the highest-ranking official on trial, held an important role in the security apparatus covering Thailand's south, a trafficking hub in a network that stretched from Myanmar to Malaysia. He had held a position with responsibility for keeping out and expelling migrants who entered Thailand illegally. Because he was a government official, any sentence he receives will be double that of an ordinary citizen who violated the same trafficking laws.

The court was told that he received bank transfers of 14.8 million baht from trafficking agents, and used his position to guide trafficking gangs around checkpoints following their arrival on remote beaches en route to jungle camps.

In 2013 he was promoted to command Isoc in the whole of southern Thailand. Current prime minister Prayut Chan-o-cha, then army commander, signed the promotion orders.

At least one other defendant considered a kingpin in the illegal trade, Patchuban Angchotphan, was also found guilty, and sentenced to 75 years in prison. He was a prominent businessman and former politician in the southern province of Satun.

By Wednesday evening, around 70 verdicts had been handed down, with sentences to be announced later. The process can take hours before all details are announced, with the possibility of it spilling over into the next day.

Some of those found guilty of trafficking were also convicted for taking part in organised transnational crime, forcible detention leading to death, and of rape.

The defendants include police officers, local politicians and Myanmar nationals. They are accused of smuggling and trafficking migrants on the Thai-Malaysia border.

The defendants were arrested in 2015 after 36 bodies were discovered in shallow graves in southern Thailand in what had served as holding camps until migrants could be smuggled over the border into Malaysia, the intended destination for most. Other such camps with scores more bodies were found, some on the Malaysian side of the frontier. 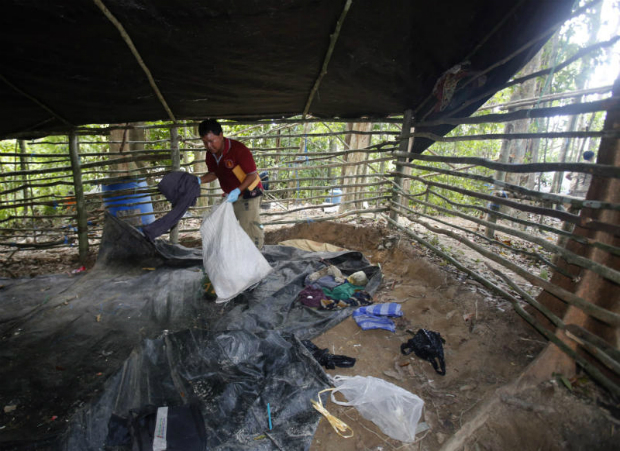 According to investigators, smugglers held Rohingya Muslims fleeing persecution and poverty in Myanmar for ransom in the jungle camps until relatives could pay for their release. In some cases, they were sold to work as virtual slaves in Thailand. Poor Bangladeshis were also among the migrants.

Others did not make it as far as Thai shores. Most Rohingya were “boat people" who fled from Myanmar or neighbouring Bangladesh on rickety vessels with no supplies, often to find themselves pushed back into the open sea by countries such as Thailand unwilling to welcome them.

The case drew special attention when its lead police investigator, Maj Gen Paween Pongsirin, fled to Australia and said he feared for his life after his findings implicated “influential people'' in Thailand who wanted to silence him.

Prime Minister Prayut had no comment on the trial itself but responded to the main news story of Lt Gen Manas by saying the military should not be blamed for the actions of one officer.

"There are many people in this human-trafficking network," he told reporters. "Don't group all soldiers in the country as one."

There was no reaction at all from the US embassy or government, although they were a major catalyst in bringing about government action against human trafficking with their "Tier 3", worse-in-the-world ranking of the country right after the 2014 coup.

Other foreign reaction was mixed.

"Today's verdict is a major step in efforts to combat human trafficking in Thailand", said Sunai Phasuk, a researcher for the group Human Rights Watch. "Now that we see the conviction of a senior army general, local politicians, influential tycoons, and ... others complicit in trafficking of Rohingya, this should send a strong message that regardless of their status and affiliation, no one is above the law."

"This may be the end of an important and unprecedented trial, but it's been a rocky road, and it's not 'case closed' for survivors of human trafficking," she said.

"Thailand has a long way to go to ensure justice for thousands who were exploited, tortured and killed by human traffickers during the last several years."

The people smuggling cases that year put a spotlight on Thailand's long history of negligence toward human-trafficking cases, which led to the US State Department's demotion to the lowest tier in its annual report ranking countries based on their efforts to counter modern-day slavery.

Since then, the regime has repeatedly said it is stepping up efforts to tackle the problem. It labelled the fight against people smuggling a “national priority'' and introduced tougher punishments for traffickers including life imprisonment.

The government's efforts were acknowledged last month by the State Department, which has since promoted Thailand up a level to its current ranking on the “tier 2 watch list,'' for governments that do not fully meet the minimum standards of combating trafficking but are making significant efforts to do so. 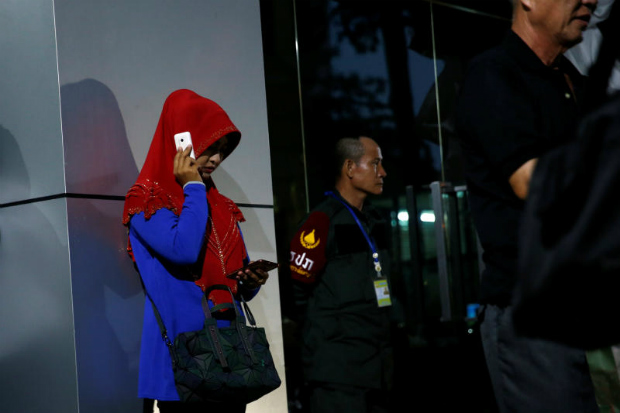 Relatives of victims of human trafficking wait for the sentence after an army general, two provincial politicians and police officers were among the scores of people held guilty in a court in Bangkok on Wednesday. (Reuters photo)

Ahead of the trial, the human rights group Fortify Rights called on Thailand to “ensure perpetrators and accomplices involved in trafficking Rohingya refugees and Bangladeshi nationals are held to account.''

“While the trial marks an unprecedented effort by Thai authorities to hold perpetrators of human trafficking accountable, the trial was beset by unchecked threats against witnesses, interpreters, and police investigators,'' the group said in a statement.

Of the 22 judgements read out during the court's morning session, one person was acquitted.

The government denied that trafficking syndicates are still flourishing and has said it has largely eliminated human trafficking in the country.

Journalists were not allowed in the packed courtroom on Wednesday but proceedings were relayed on television screens provided by the court.

Thailand has recently been a source, destination and transit country for men, women and children who are often smuggled and trafficked from poorer, neighbouring countries Cambodia, Laos and Myanmar to work in Thailand or further afield in Malaysia, usually as labourers and sex workers.