Floodwater from the burst Wang Ngam weir pours across a road in Prathai district of Nakhon Ratchasima on Saturday. (Photo by Prasit Tangprasert)

Flooding persisted across the Northeast and some central provinces, with one death attributed to flooding in worst-hit Sakon Nakhon, as heavy rain continued on Saturday.

All 18 districts of Sakon Nakhon have been inundated, with water levels ranging from 70 to 200 centimetres. People in some residential areas and critically ill patients at Tao Ngoi Hospital in Tao Ngoi district were evacuated.

One person was killed in Kut Bak district and two were reported missing in Muang district in the worst flooding to hit the northeastern province in two decades.

The water was deepest in commercial areas on Sukkasem, Rat Pattana and Charoen Muang roads in central Sakon Nakhon. About 500 vehicles were submerged.

In Khon Kaen, blind students were evacuated from their school where one metre of water covered the property in Muang district. However, water levels were stabilising overall.

In Nakhon Ratchasima, an earth weir burst and flooded about 10,000 rai of residential and farm properties in 151 villages of Prathai district.

In Kalasin, 15 of 17 districts were flooded and about 500 houses in the provincial centre were inundated.

In Nakhon Phanom, tributaries of the rising Mekong River overflowed onto about 2,000 rai of farmland and riverside communities.

In Chaiyaphum, runoffs ranging from 1-2 metres deep affected thousands of residents and tens of thousands of rai of farmland in Bamnet Narong and Kaeng Khro districts.

In Ayutthaya, irrigation officials increased the discharge rate from the Rama VI dam to prepare for a rapid increase in inflows from Lop Buri, Chaiyaphum and Saraburi upstream.

Officials at the Chao Phraya dam in Chai Nat were doing the same to cope with faster inflows from upstream locations.

Persistent rain in upper parts of Thailand resulted from tropical storm Sonca, which has now weakened after reaching the country five days ago. The Meteorological Department expects the influence from the low pressure system will start to ease on Saturday and Sunday. 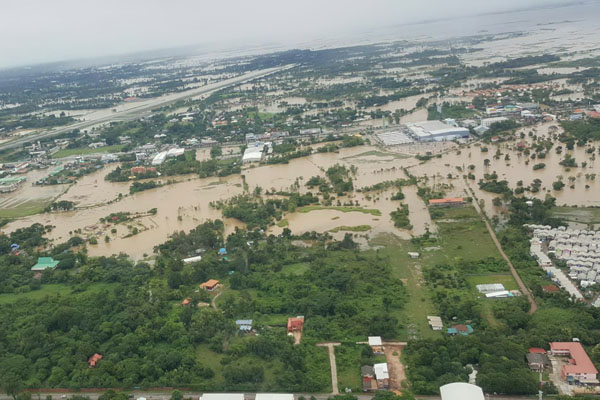 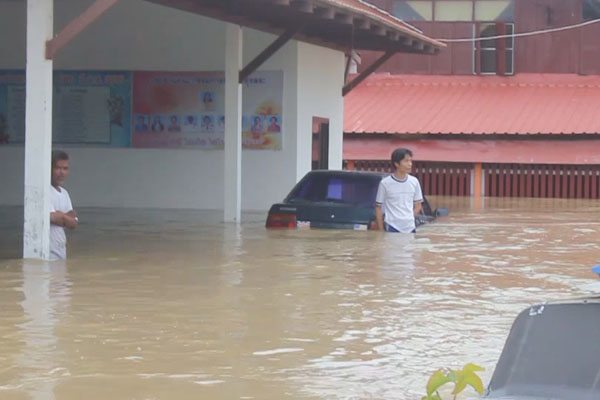 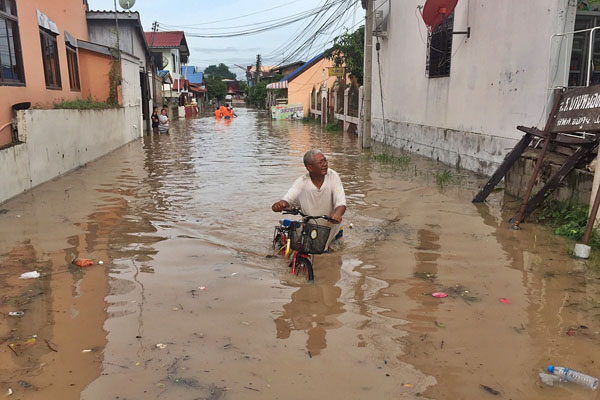