A total of 21 fertiliser sacks containing 4.2 million speed pills stacked in the back of a Mitsubishi Pajero, one of two vehicles abandoned by fleeing smugglers near a checkpoint in Ayutthaya early Friday. Another 1.8 million pills were found in a Vigo parked nearby. (Photo by Sunthorn Pongpao)

A fleeing suspect, named as Thanakorn Phansila, was arrested soon after. He later implicated a married couple named only as Tom and Kook in the smuggling operation.

He claimed they told him  they were taking him sightseeing, and instead he ended up in an SUV with a large load of drugs, and was caught by police. 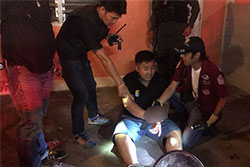 The checkpoint at  kilometre marker 47  in tambon Thator was manned by police, soldiers and local officials.

About midnight, two vehicles approaching the checkpoint were seen to suddenly turn off the highway into a side street, where they were found abandoned by a team sent to investigate.

The white Mitsubishi Pajero and black Toyota Vigo both had Bangkok licence plates.

A search for the fleeing drivers and passengers began immediately and Mr Thanakorn was arrested about 12.30am on Friday.

Mr Thanakorn had implicated a married couple, identified only as Tom and Kook, in the drug smuggling operation. He told police he had known them  for eight months and had helped him find a house to rent.

On Thursday, the couple told him that they would take him sightseeing in another province. He travelled with them by car.

At a petrol station in Ang Thong he was asked to get out and wait, and that a Pajero would be sent to pick him up.  A man he knew only as Ood arrived in a Pajero to pick him up, and they left, with a Vigo pickup following them.

When the drivers saw the security checkpoint on the highway, they immediately turned left into a side street.  He was told to run and they all took off, Mr Thanakorn said. The other three got away. He was caught.

Police said at least six people were involved, including the couple.

They were extending the investigation. 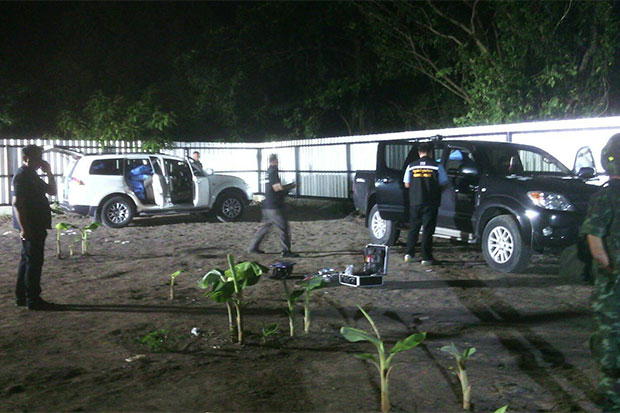 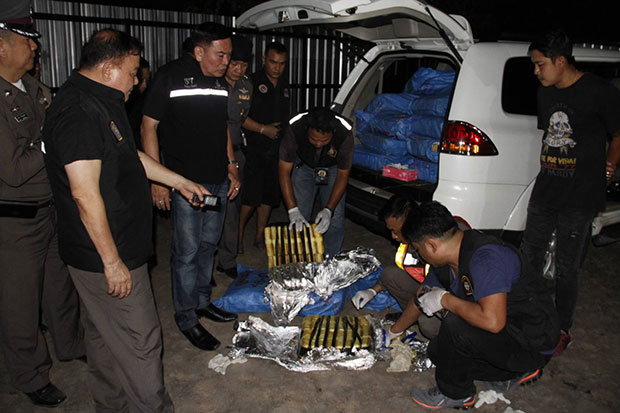 Police examine the sacks and find speed pills inside. (Photo by Sunthorn Pongpao)

The manufacturing production index in June rose for a fourth straight month, up 17.58% from a year earlier, boosted by higher production of autos, electronics and steel, the industry ministry said on Friday.