It's unclear why Seh Pete went so aggressively and even excessively after Pai Dao Din.

Pilloried in the press for that and for closing down part of the Mittraphap Highway for his wedding caravan, Seh Pete then gathered soldiers and police and raided Pai's home, where he lived with friends -- while the dissident was already locked up in the swank town hoosegow. 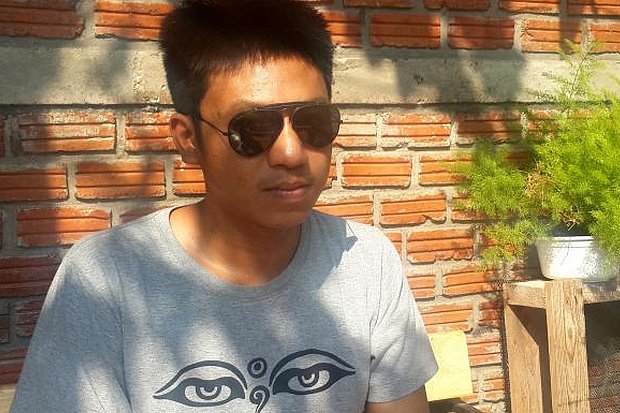 Jatupat Boonyapatraks, better known by his dissenter's nickname Pai Dao Din. The Khon Kaen Court sentenced him to five years in prison for liking a Facebook post while the other 3,000 people who liked the post are still at large. (Reuters file photo)

Without these efforts by the light colonel, Pai would be free today, like the other 3,000 people who liked the Facebook post. Instead, he's enjoying free room and board for two and a half years for that most controversial crime of all, Section 112, aka lese majeste.

Clearly, as the 3,000 people who weren't charged show, there's more than a little bit of Beria in all this -- the dreadful Lavrentiy Beria, Stalin's secret police hatchetman who bragged: "Show me the man and I'll find you the crime."

Another example of that unique aroma of extra-careful selection, unassociated with Pai.

Patnaree Chankij, a 41-year-old domestic worker, wrote "ja" (yeah) in response to a Facebook post that kicked off a social media discussion about the monarchy. After police refused to charge her, the military prosecutor lovingly culled Ms Patnaree from among dozens of posters on that thread to face lese majeste charges.

There are those so blind that they actually deny that the motherly Ms Patnaree was selected from all the other candidates because she is literally the mother of Sirawit "Ja New" Serithiwat. Ja New, referred to by Bangkok junta supporters as a "pain in the extreme lower back area", is an unrepentant coup opponent.

Two events occurred. Ja New refused to take military advice to stop protesting against the coup. Ms Patnaree, his mother, was chosen for arrest, detention and prosecution on lese majeste charges for "yeah". You can claim publicly these two acts are unrelated, so long as you enjoy people pointing at you and laughing uproariously.

His Majesty the King has shown his feelings about Section 112 and about the government's obsession with it. In the very first set of details given before last December's royal pardons, His Majesty's announcement stated specifically that prisoners imprisoned for lese majeste would be eligible. It was a slap against the junta's fixation. 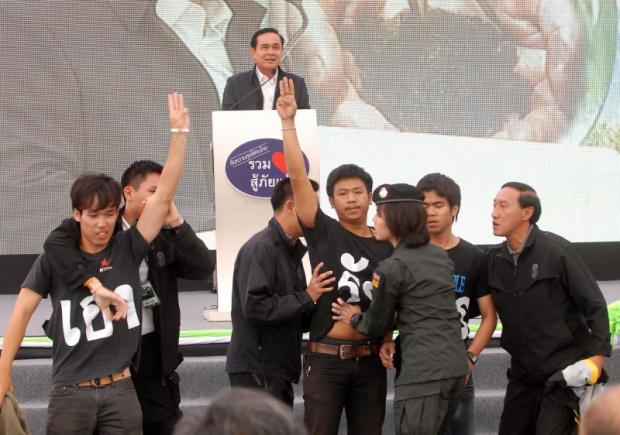 The general prime minister says His Majesty has clearly stated that he wants no one, ever, to be punished for lese majeste. That wasn't the shock. The shock was the junta leader's reaction. Which was to state that Section 112 exists to protect the monarchy.

The monarch does not want protection to extend, ever, to punishment. The military regime will continue to push for maximum punishment anyway.

Instead of pulling back the enforcement of the world's most onerous (and infamous) lese majeste law, the prime minister will redouble efforts to use Section 112, both to intimidate and to punish.

Immediately, in fact, the regime achieved a landmark, arresting and charging a child with lese majeste. The 14-year-old male was allegedly part of a nine-person group that burned a street arch last year in Phon district of Khon Kaen. The arch had photos of the King and his late father, ergo, the burning was lese majeste. Authorities bragged about nabbing the child but said they couldn't talk about details of this strange case.

The urban legend has it that there are three ancient Chinese curses, styled cunningly to sound like blessings. While they are neither ancient nor Chinese, the curses are certainly nasty.

There's no doubt we all live in interesting times. And Pai's case shows Curse 2 is worse than Curse 1.

It can easily be argued that Curse 3 is the worst of the collection. Consider. For many years, concerned citizens and the monarchs have wished for important changes to the enforcement of the lese majeste law.

And now that wish has come true.