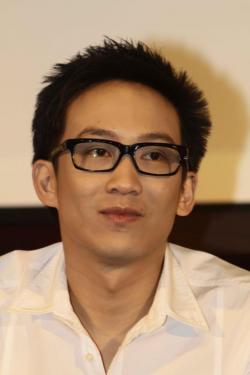 Panthongtae: May be summoned to court

Kachornsak Phutthanuphap, a prosecutor involved in the investigation, said Amlo officials are likely to meet investigators on Monday to give their statement substantiating accusations in connection with the scandal.

He said it will take some time to go through the evidence before investigators can determine whether there are grounds to summon Mr Panthongtae, son of ousted former premier Thaksin, on the charges.

The probe must be completed before the statute of limitations expires next June, he said.

About 90% of the work has been done in the case and officials are waiting for details of various transactions.

The money-laundering investigation, spearheaded by the DSI, focuses on Mr Panthongtae and three other people who allegedly received part of a fraudulent KTB loan for 9.9 billion baht.

Receiving assets from a corrupt scheme forms the basis of money laundering under Thai law.

DSI deputy spokesman Woranan Srilam said Thursday the DSI will consider the evidence carefully before it decides whether to press charges.

The scandal involves nearly 10 billion baht of loans made to subsidiaries of the Krisdamahanakorn (KMN) real estate company during Thaksin's administration.

In 2015 the Supreme Court's Criminal Division for Holders of Political Positions found 24 people guilty of wrongfully approving loans worth this amount in total to affiliates of developer KMN from 2003 to 2004.

The loans were granted even though the firm was listed with the bank as a non-performing debtor.

The DSI said it found evidence showing Mr Panthongtae and the others were recipients of two cheques tied to the loan.

One was for 10 million baht, cashed into Mr Panthongtae's bank account, and another for 26 million baht linked to the other three figures.