The International Civil Aviation Organization (ICAO) has lifted the “red flag” status on Thailand, according to information on its website.

Chula Sukmanop, director of the Civil Aviation Authority of Thailand, said he had been alerted to the change on the ICAO website but had yet to confirm it with the UN agency, which reportedly discussed the issue on Friday, according to Daily News Online.

If the decision is confirmed, Thai airlines can seek new destinations, especially in Japan and South Korea. The Thai aviation industry will also gain more international acceptance in terms of safety, and foreign airlines will make more stops and expand services.

The ICAO conducted an audit of the CAAT from Sept 20-27.

Thai aviation safety standards have been in doubt since the country was red-flagged by the UN's aviation watchdog in June 2015.

Mr Chula had said his office had corrected the flaws raised by the ICAO including amending related laws and regulations and granting Recertification of Air Operator Certificates (Re-AOC) to airlines.

According to Mr Chula, nine out of 21 airlines that operate international flights have been granted Re-AOC and the CAAT plans to complete the process of re-certifying the other 12 airlines by Jan 31. 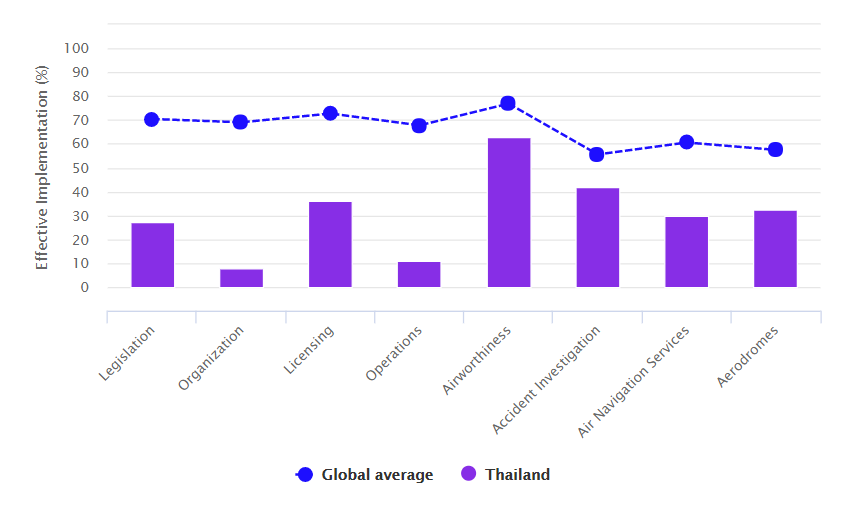 KYIV: Two captured Russian soldiers pleaded guilty on Thursday to shelling a town in eastern Ukraine in the second war crimes trial of the war.

NEW DELHI: Hundreds of Indian air travellers were stranded inside their planes after the low-cost airline SpiceJet cancelled or delayed flights due to an "attempted ransomware attack", the company has said.