Plans are on hold yet again for construction of a 3.5km railway in Nakhon Ratchasima because the environmental impact statement still isn't done. (Bangkok Post file photo by Prasit Tangprasert)

Construction work has been delayed until the middle of next month for the initial 3.5-kilometre stretch of the Thai-Chinese high-speed railway in Nakhon Ratchasima, Transport Minister Arkhom Termpittayapaisith said yesterday.

The reason for the latest delay is that the project's environmental impact assessment (EIA) report is still pending approval, he said.

The EIA, the project's seventh so far, is awaiting the green light from the Environmental Impact Evaluation Bureau.

Mr Arkhom said the Ministry of Transport (MOT) and other affiliated parties have been discussing methods to speed up the approval process due to a number of delays.

The 3.5-km stretch in question will be built from Klang Dong train station to Pang Asok station in Nakhon Ratchasima. 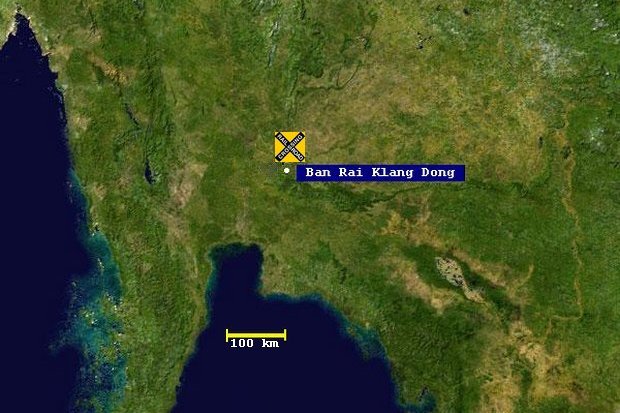 Current plans, on hold again, call for construction of a 3.5km test railway near the Chokchai Farms, about halfway between Bangkok and Nakhon Ratchasima.

Construction will be overseen by the Department of Highways, Mr Arkhom said, with funds drawn from domestic loans requested by the State Railway of Thailand.

He said the ministry has established a project management committee comprising four sub-committees to ensure fewer delays in the future.

The subcommittees will be responsible for the project's administrative affairs and for setting up a research and development centre for railway technology.

They will also deal with projects for seamless transit systems connecting the railway to cities using provincial shuttle buses and other methods, as well as moves to commercialise nearby properties, Mr Arkhom said.

He said construction of the next phases of the project would begin in the first quarter of 2018.

"While we have agreed that the Chinese representatives ... must send their designs to us within six months, we have requested them to do so as soon as the design work on each sub-phase is completed," he said.

The complete Bangkok-Nong Khai route is due to open to the public by 2022. As such, one of the next targets is to build rail links with Laos, the transport minister said.

Landlocked Laos is set to launch its own high-speed railway project with China in four to five years -- a 414-km line that will also pass through Luang Prabang, a World Heritage Town in Laos.

Officials from the Thai and Lao transport ministries met in September to discuss optimum connection points, said Chaiwat Thongkamkoon, director-general of the Office of Transport and Traffic Policy and Planning. He said a link could potentially be made along the First Thai-Lao Friendship Bridge, which connects Nong Khai in Thailand to Vientiane.

More talks are needed to decide whether the old bridge's walkways could be used a foundation for the new line, he said.

Any plans must be discussed with China before they can be put in motion, he added.